Stumo resigns to be with family 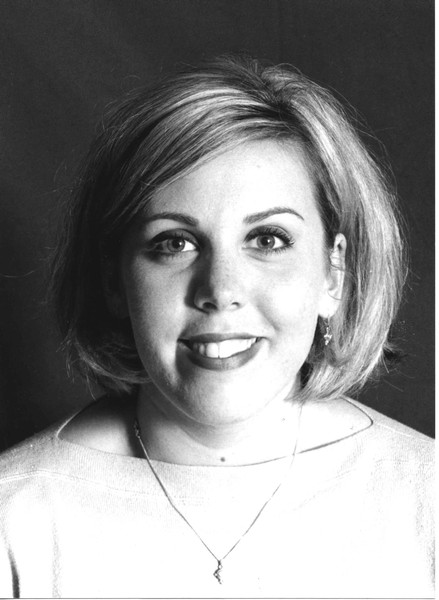 Nicole Stumo is leaving her job as assistant director of studentactivities at the end of the school year to become a full-timemother.

“She has been an awesome employee. I hate to see her go,” saidRich Ramos, the associate dean of students at Simpson who hasworked with Stumo since she started at Simpson College in July of2000.

Along with being assistant director of student activities, Stumohas been in charge of Greek life and leadership programs atSimpson.

Stumo has a marketing degree from Bradley University in herhometown of Peoria, Ill., and a master’s degree in educationalleadership and policy studies from Iowa State. Her job at Simpsonwas her first professional position.

Ramos said Stumo wasn’t afraid to deal with issues in the Greeksystem when she first came to Simpson.

Matt DeWolf, a 2003 Simpson graduate who is now a communicationconsultant with the national Alpha Tau Omega National fraternity inIndianapolis, said Stumo was instrumental in getting the localchapter of the fraternity turned around.

“She was open to us changing, and she didn’t hold the pastagainst us,” said DeWolf, who was president of the Simpson chapterduring his senior year. “She always wanted us to succeed. Youalways knew that if you had a problem, no matter what it was about,you could go to her.”

Simpson officials are recruiting Stumo’s replacement on theInternet and elsewhere. Interviews will begin at conferences inDenver and Philadelphia.

Ramos said the college is seeking someone with experienceworking with Greek systems. Ideally, the new coordinator will havea master’s degree and will be a good fit for Simpson in personalityand experience.

Stumo said she will remember her relationships with students,alumni, advisors and faculty on campus the most.

She said one of her favorite memories at Simpson will be eachyear’s move-in day-with all the excitement of the Greek community,people starting new lives, and everyone excited about thepossibilities of the future.

Stumo’s husband, Karl, works in the admission office at DrakeUniversity.

They have one daughter, Bryn, who is 15 months old, and they areexpecting their second child in May.

Stumo said she may return to higher education when her childrenare older.

“Whatever she chooses to do, she is going to do well,” Ramossaid. “She will be successful in whatever.”