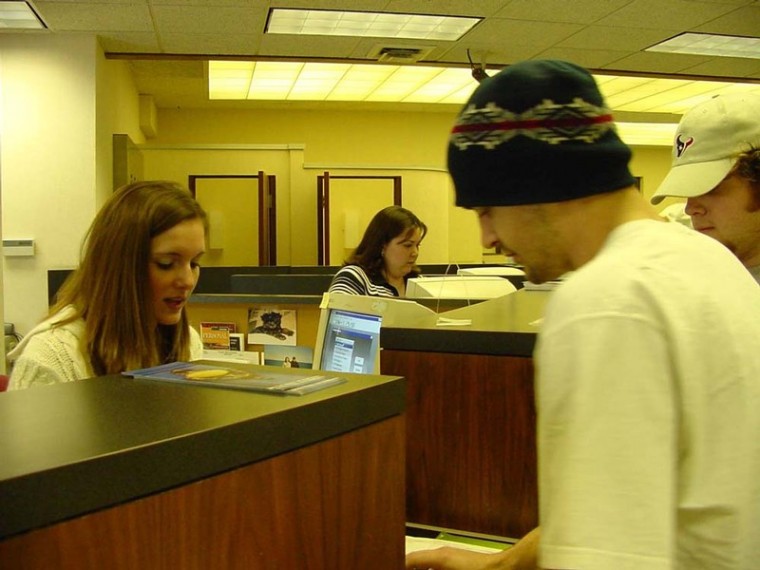 No more writing checks, waiting for that monthly bank statementor even going to the bank at all. Online banking solves all ofthese hassles. With a multitude of banks in town, there is a wideselection of online banking choices.

Union Planters is one of the many banks in town that offersonline banking or what they call UPInternet Banking. WithUPInternet Banking, bankers can view real time balance information,transfers between accounts, current day transactions and checkcopies, order checks, stop payments and many other options.

“The access ability and convenience reasons are why it (onlinebanking) is gaining in popularity,” said Jeanne Wells, president ofthe Indianola Wells Fargo. “It’s the wave of the future.”

“It’s quick and really convenient,” said senior Erin Whitford,who has used online banking since her bank started offering theservice. “I’ve been using it for about the last six months.”

Whitford said that it is a great service because she can dothings such as transfer money or balance her checkbook instantly,instead of waiting for her bank statement.

“I get to check my account online because I get overdrawn alot,” said sophomore Sarah Cochran. “It helps me to keep track ofwhere my money is going.”

One major advantage to banking online is called bill pay.

“You don’t have to worry about forgetting to pay a bill,” saidRunyon. Online bill pay was used by 29,708 Union Planters’customers as of March 1.

The number of people using online banking is growing day by day,but it is hard to narrow the number down to a figure.

“I don’t know what the number is, but it’s huge,” saidWells.

When looking at all the positives to online banking, there isone negative that some people worry about and that is security.

“The biggest obstacle for people is wondering how secure it(online banking) is,” said Runyon.