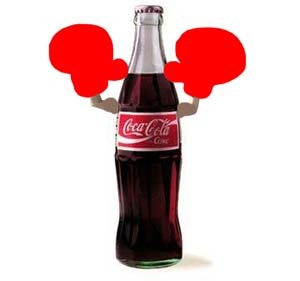 Thoughts of cool, refreshing ice-cold Mountain Dew can makePepsi-product fans go crazy inside. Where at Simpson can a Pepsidrinker go for a fix?

Not many places, it turns out.

Simpson College is in the middle of a five-year contract withAtlanta-based Coca-Cola Co. that gives the soft-drink giantexclusive rights on campus through 2007, when it will have theoption of renewing its contract with Simpson.

The Coke-Simpson deal is part of a larger trend on collegecampuses around the country.

The Chronicle of Higher Education has reported that Coke andPepsiCo Inc., based in Purchase, N.Y., spend $2 billion per year ondeals at colleges and universities around the country.

With the increase in contracts, universities and colleges havebecome bolder, asking that at least part of the payments be in theform of gifts to scholarship funds or projects to renovatebuildings or build new ones.

In 2002, Simpson asked both Coke and Pepsi to outline thelocations of the vending machines, dining halls, and sportingfacilities where the selling of soft drinks would be controlled.Pricing was extended to Indianola High School, due to that school’suse of Buxton Stadium and other campus sites.

The offer to both Coke and Pepsi included exclusive rights withone exception – a competing vending machines would be available inBrenton Student Center.

“Coke came back with a more lucrative contract,” said MarilynLeek, Simpson’s director of procurement, who declined to reveal howmuch the college earns from the deal. “They continued to supportscholarships and give an annual contribution.”

Coke officials say these contributions can’t be looked at asgifts paid under the table. According to federal tax law,philanthropic contributions are not tax-deductible if there is anexpectation of receiving something in return.

“We don’t consider this philanthropy,” said Coke spokeswomanKimberly Price. “We consider these long-term contractualarrangements. Colleges are using this money for student recreationcenters, study-abroad scholarships, and new technology. Those arebusiness decisions by the colleges, not philanthropy from us.”

Coke upgraded its vending machines at Simpson under thecontract. All machines supplied cans before 2002, but the newcontract called for 20-ounce bottles and water. Simpson staff andstudents agreed that the bottles were easier to carry, manage in aclassroom, and dispose of when finished.

“If there is a request of juice,” Leek said, “Simpson canfacilitate that by changing out the least-purchased drink columnfor a juice product.”