All College Sing not so all-college 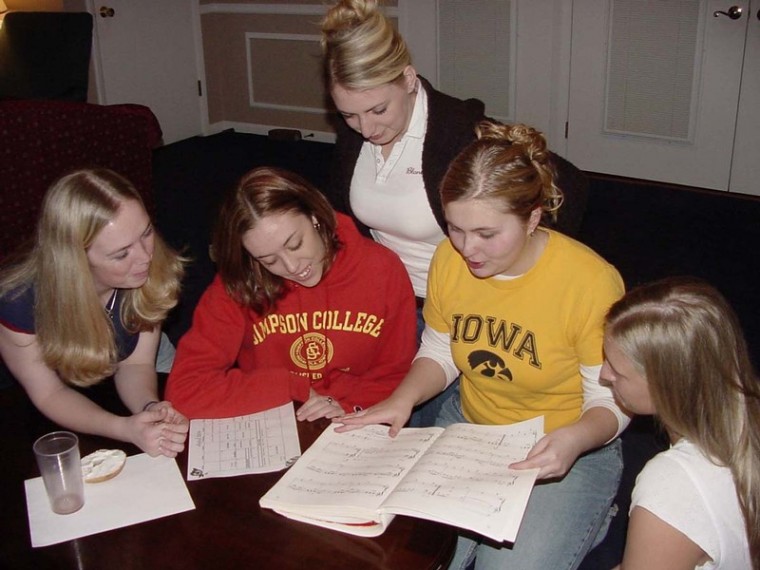 Due to an extremely low amount of performers, the All CollegeSing has been postponed until further notice.

The contest is sponsored by Phi Mu Alpha Sinfonia, the musicfraternity on campus, and is open to all housing units.

The men were hoping to have a large number of performersregister, and have decided to postpone the event to give moreparticipants time to sign up and prepare for the competition.

“Our goal this year is to have a lot more participation,” saidsophomore Ben Thompson, secretary of Phi Mu Alpha Sinfonia. “Peopleare always looking for something to do on campus, and this is agreat opportunity to get involved. You can sing whatever youwant.”

Other units that have registered for the contest are Sigma AlphaEpsilon and Delta Delta Delta. While this contest seems to havebecome more of a contest for the Greek community, some people wouldlike to see other housing units get involved.

“Kresge hasn’t done anything in a long time and we’re trying toget something out of Barker,” said Thompson. “I’m only a sophomore,but in the years I’ve been here and the years I’ve heard about it,it’s been mainly the Greek housing doing it and that’s not the wayit should be. It should be everybody. Barker has just as muchtalent in their building as Lambda Chi does.”

“I know that Pi Beta Phi has a couple of music majors and somevery good singers in there,” said freshmen Annie Reser, the musicchair of Delta Delta Delta. “So does Alpha Chi and maybe Kresge,because there are a couple freshmen music majors there, andsophomores. I think it would be pretty good to see themperform.”

In the past, with the exception of last year, participants havebeen separated in two categories, men and women, and the winningunits receive the traveling trophies for the year.

Due to low numbers last year, all participants were judgedtogether.

The three Greek houses were the only participants.

“Last year Sigma Alpha Epsilon did one where they had a drumset, a couple guitars and whole bunch of guys singing,” saidThompson, “and Tri Delta had choreography with theirs.” You can dowhatever you want to with it, with as many people or as few peopleas you want.”

“We’ll be using costumes, which we don’t really know what theyare yet, and choreography,” said Reser. ” Our participation [fromthe house] is up this year because I think the girls saw that wedid really well last year. There’s a pretty good number of us, itvaries from rehearsal to rehearsal, but generally from 10 to 15total.”

The contest is judged by members of the music community aroundthe area, not just at the college. Judges are…

Right now, the men are looking at rescheduling the contest forsometime during May Term. Actual date is…

The entry fee for all housing units is $15. Phi Mu AlphaSinfonia uses the money raised to buy music for their communityservice performances and for donations to the Advancement of Musicin America.

“In a sense, you [will be] helping the Advancement of Music inAmerica by participating in All College Sing,” said Thompson. “It’sa great opportunity to have some fun, just get up there and showpeople what you got.”