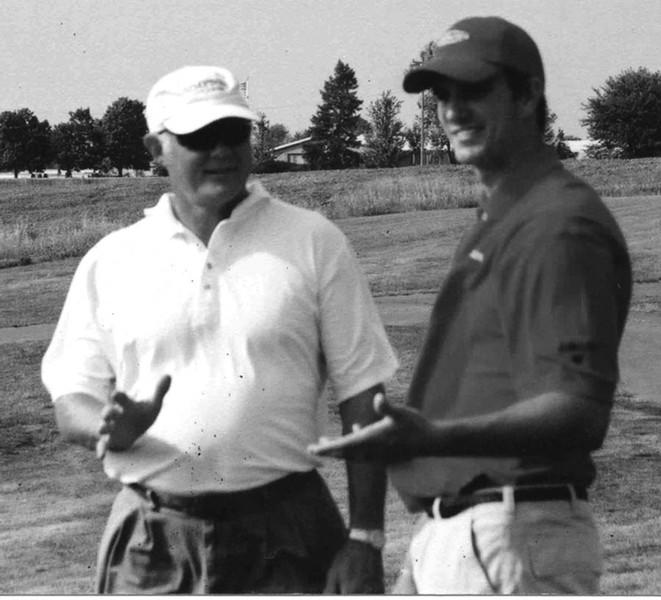 Second year men’s golf coach Larry Shoop has all the backgroundanyone would want in a golf coach. However, that’s not the onlyreason his athletes see Shoop as a great coach and mentor.

The close proximity of the club allows both the players andcoach Shoop great opportunities for interaction and access to oneanother.

“It’s a great chance for interaction with the young studentathletes,” said Shoop.

The interaction and close attention to detail allows Shoop tomonitor the progress and improvement of the players.

“It’s a golden opportunity to watch them grow and mature,” saidShoop. “We have a couple who’ve shown signs that they can reallyblossom. It will happen in time.”

Although he has a lot of access to the players, he does not putany unnecessary pressure on them.

“He does a really good job of allowing the player to bethemselves and play their game without interfering,” said sophomoreteam member JJ Thorius. “He gives the player space and allows themfree reign over their game, but he is always there for help and cangive you useful advice on how to improve it.”

Shoop loves golf and enjoys coaching the students but the jobdoes come with some challenges.

According to Shoop, the biggest challenge is recruiting newplayers for Simpson.

“Recruiting is the biggest challenge, especially with theschools that we compete against,” said Shoop.

Shoop also understands that school comes first and if there is aconflict with academics and golf, he makes sure the players puttheir studies first.

“He’s good about understanding that school comes first, thengolf,” said Thorius. “If there is a conflict with classes andpractice, he’ll make sure you get class taken care of first.”

Coach Shoop has a good relationship with his players.

“He’s easy to get along with,” said Thorius.

According to Thorius, the trip to Florida over the recent springbreak was a fun and worthwhile experience.

“It was exciting to see him grind out the last few holes to winand become the conference medalist,” said Shoop.