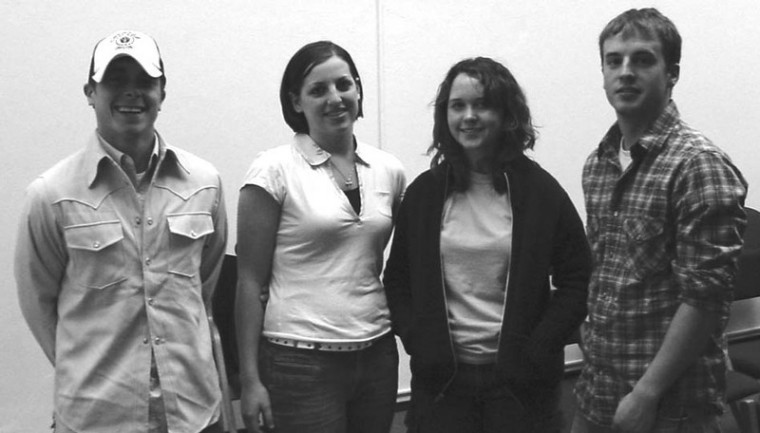 At this very moment, you could be sitting in the same room asthe next Johnny Cochrane.

There are plenty of undergraduate students that plan onattending a law school in the future. These students are members ofthe Pre Law Society on campus.

According to PLS Secretary sophomore Katy Siddall, there hasbeen a lot of enthusiasm among the group as a result of several newfirst year students joining. Siddall, a sophomore credited this newenthusiasm with the increase in PLS activities this year.

Among these activities, there was a lunch with guest speaker,Mark Goodman, meetings to prepare students for the LSAT, meetingswith Indianola lawyers, and a trip to Drake Law School.

The PLS trip to Drake was the most important activity for thegroup according to Siddall. She said this was because they wereable to tour the school and have a question and answer session withlaw professors there.

“We got a good affirmation about what law school is,” saidSiddall

Freshman Nick Webb agreed that the trip to Drake was the mostimportant PLS endeavor this year. Webb explained that he and otherPLS members were able to tour a Des Moines court house and meetwith recent Simpson alumni who gave them advice on what they couldlook forward to at law school.

These alumni explained to Webb and other PLS members whatclasses they would have to take in law school. Webb said that thebest advice he received on the trip to Drake was to hone his skillswhile still here at Simpson by taking several English writingcourses.

Overall, Webb said the trip “was important because it gave mein-depth perspective on law school life.”

As far as the response that the PLS has received from Simpsonconcerning these activities, Siddall said that Associate Professorof Communications Studies Brian Steffen has provided a great dealof support for the group.

Webb said that the PLS is not a large group as of now. He hopesthat the response from Simpson students will be greater next fallbecause the PLS is planning trips to law schools in St. Louis andMinneapolis.

Webb added that there is not one route an undergraduate studentmust take in order to attend law school.