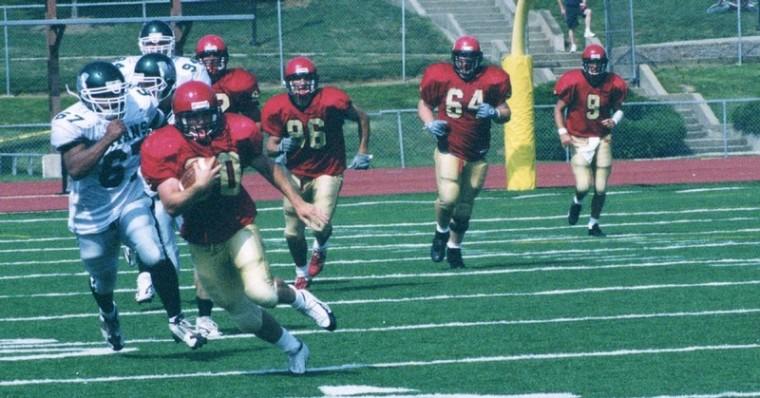 Saturday’s match-up between Simpson’s football team and IllinoisWesleyan proved to be a defensive showdown. The two teams combinedfor forcing 15 punts, but the Storm used timely defense bycollecting a pair of fumbles and one interception in a 13-7 seasonopening victory.

Simpson was first to get on the board at the 6:46 mark in thefirst quarter when senior quarterback Jacob Johnson connected withjunior Dusty Kain for a 68-yard touchdown pass to make it 7-0.

Both teams would stay stagnant offensively until the secondquarter when the Titans would cap off an 82-yard drive with a oneyard touchdown run to tie the game at seven going intohalftime.

The Titans would make the first serious drive of the thirdquarter driving down to the Simpson 16 yard line, but junior JasonRipke would recover a fumble to end the Titan threat. Simpson wouldtake full advantage of the fumble and drive the ball down the fieldto score off of a 10-yard pass from Jacobson to Kain. The extrapoint was no good to make the score 13-7.

Johnson led the offensive attack for the Storm completing 23passes for 245 yards, in which Kain caught 13 of those for 189yards. Sophomore Carl Duffy also ran the ball 15 times for 54 yardsto lead the Storm in the running game.

Simpson is off this weekend, but hits the field at home on Sept.18 against Central.