The park that dare not speak its name 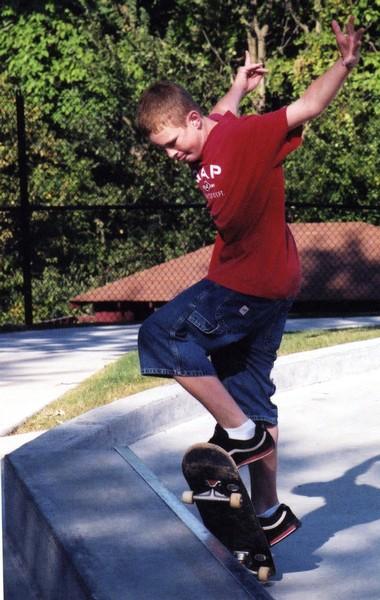 It seems that few Simpson students know what these words mean -or even care.

The city of Indianola has watched as the two-year-old skate parkhas grown in popularity since its construction.

However, college students are noticably lacking in the crowds ofskaters.

Every day residents of Indianola are at the skate park, takingfull advantage of its impeccable condition.

“The skate park is used every day by the youth of Indianola,”said Indianola Parks and Recreation Director Glen Cowan.

Despite the popularity of the skate park with Indianolaresidents, many students at Simpson don’t even know it exists, letalone where it’s at.

“Skate park,” junior Mike Fischer said. “We have a skatepark?”

Fischer’s reaction seems to be the general sentiment oncampus.

“I think basically high-school and middle-school kids use thepark,” Cowan said. “It gives them a place to go after school and onthe weekends.”

Cowan is exactly right on who you will find at the skatepark.

The skate park is free to the public and is open from sunrise tosunset.

“The only reason we close it is when there is bad weather orsomething in the park needs to be replaced,” Cowan said.

According to Cowan, the skate park is an added bonus to thecommunity primarily because the nearest skate park is about ahalf-hour away in Altoona or Ankeny.

The park is located at the corner of North G St. and WestEuclid, behind the Indianola Aquatic Center. It is part ofIndianola’s Memorial Park

Cowan said one of the advantages for Simpson students is thepark’s close proximity to campus.