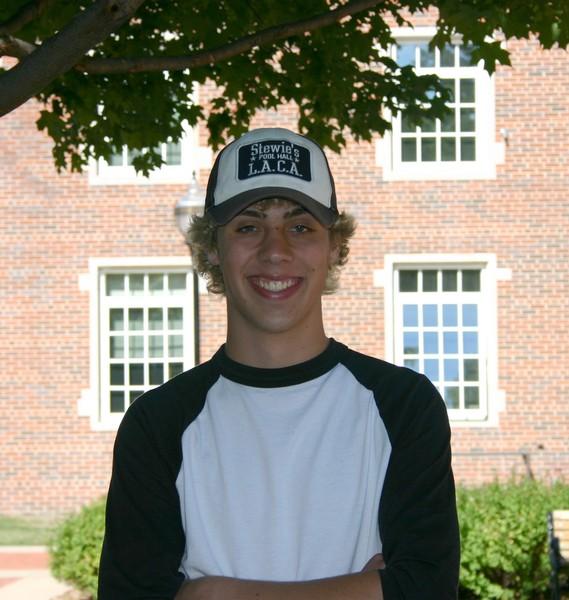 Nick Vilmain, freshman class president, confessed that he ironeda shirt for 35 minutes and still had a dozen wrinkles on the otherside.

While laundry may not be Vilmain’s strong suit, politics sureis.

Despite the fact that this political science major has only beenon campus for a month, he dove right into the political arena.After talking to Student Body President Eric Elben, Vilmain decidedto sit in on a meeting of Student Government Association.

“I wanted to do this in high school, but it seemed like [studentgovernment] never got anything done,” Vilmain said. “Here they seemgenerally interested in improving campus and helping out.”

His first task: trying to hammer out the budget as he takes onthe budget committee.

Vilmain is involved in more than SGA. He’s also playingintramural basketball and football.

He enjoys hanging out with his friends and cheering on theOklahoma Sooners.

“I’ve loved every minute of it here,” Vilmain said.

“The staff was friendly and Simpson has a really goodreputation,” Vilmain said.

Vilmain has lofty goals for the rest of his Simpson experience.He hopes to do an internship in Washington, D.C., and someday be alawyer on the East coast.

Favorite mode of getting around: Car

Ketchup or mustard: Neither

Pets on campus: Four fish: Picasso, Clown A, B and C