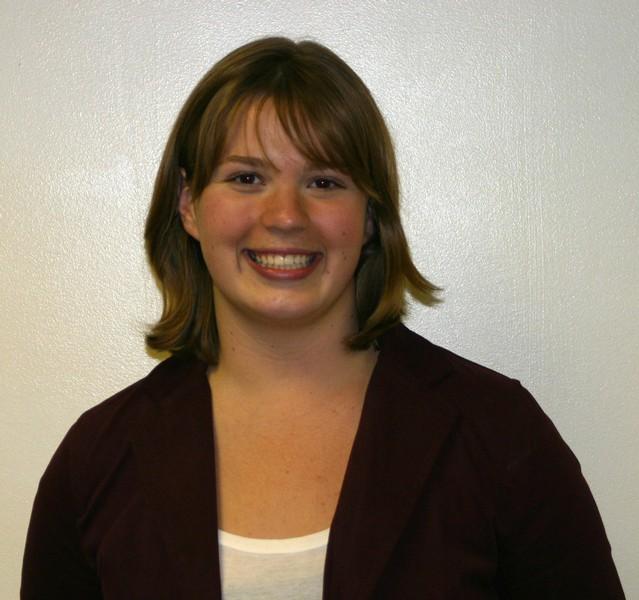 I go to Wal-Mart, it has its own section.

HyVee gives it its own island.

I’ve got to face it, sooner or later. The low-carb fad,apparently, is here to stay.

I know I should surrender and accept the Atkins attack sweepingAmerica. But I can’t. I think it’s ridiculous. Was everything Ilearned in grade-school health classes for nothing? Why did Ibother learning about the food pyramid if it can be torn down by adoctor with a book? Has everyone forgotten that the bottom of thepyramid – its base, its foundation, its rock – is bread? And it’sjust being tossed out by millions of Americans.

In non-crazed Americans, carbohydrates supply the body withenergy from glucose. Cutting back on them forces the body to burnfat for fuel. Normally, the glucose from carbohydrates “feeds yourcentral nervous system, which includes your brain,” Elisa Zied,registered dietitian and certified nutrionist, said in a CNNinterview.

Hmm. So, cutting back on carbs cuts back on the nutrition toyour brain? Interesting.

Yes, low-carb diets from – Atkins to South Beach – do work.People do lose weight. They get, supposedly, healthier. Iunderstand this.

What I do not understand is the mass hysteria that has ensued.Coke has a low-carb version. Bread – the carbohydrate team captain- is offered in lower-carb varieties. And now, beer ads, instead ofgiving us beautiful, skinny models, tells us that they can helpmake us into those skinny people.

Seriously. Subway used to offer their sandwich diet as a way tolose weight. Now, their bready, delicious sandwiches are taboo. Wehave to eat wraps now. And everything has to be “AtkinsApproved!”

Personally, I think there’s already enough pressure to besocially acceptable in America without worrying about whether ornot a dead doctor approves of my lunch.

Obesity is a huge problem in America, that goes without saying.However, besides glucose for energy, carbohydrates provide fiberthat “keeps your gastrointestinal system healthy,” according toZied.

And I’m sorry, but I don’t know of anyone that would rather be”backed up” than lose an extra five pounds.

Yes, highly processed carbohydrates such as cakes, potato chipsand pop have played a role in the fattening of America.

However, whole-grain breads and healthy carbs should not befiled into the same evil category as their refined cousins. Isn’tit a sad state of affairs when Americans would rather cut out afood group – the base of the freaking food pyramid, no less – thanget their butts on treadmills or cut back at the drive-thru?

Perhaps, to better understand these carb commandos, I shouldtrace the roots of the low-carb lifestyle.

I bet that if I had gone up to one of these dieters five yearsago and told them they would get thinner by eating bacon and eggsnonstop, they would have shaken their slightly chubbier face indisgust.

However, this affection for low-carb living has been around forcenturies. In fact, this can all be traced back to theanti-carbitic principles of the ancient Saxons, who, after theBattle of Waterloo, shunned bread and its crusty deliciousness.

The earliest remnant of low-carb living is a no-starch, akano-carb, diet from 1864. But back then, girdles were acceptable.Low-carb diets didn’t exactly start a widespread brush fire then.In the 1960s, Dr. Herman Taller introduced a high-fat, low-carbdiet. By 1967, he was accused of fraud by the Food and DrugAdministration. So it didn’t really catch on then either.

Dr. Robert Atkins introduced the Atkins Diet over 30 years ago.In 2001, the Frankenstienian public reenergized his plan, only tosee it burst out of control and wreak havoc on the kitchens ofvillagers everywhere.

The South Beach Diet, another low-carb manifesto, is alsopopular and touted as less strenuous than Atkins. Living in SouthBeach, apparently, is not a requirement.

At the turn of the century, the time was finally right forlow-carb diets. Americans are overweight, lazy, and love it whenthey have one specific group to blame for their troubles – even ifthat blame will later be found to be way off target, but that’sanother story.

However, you can’t argue with results. And if cutting carbs cutsthe pounds, that’s great.