Releasing the star within 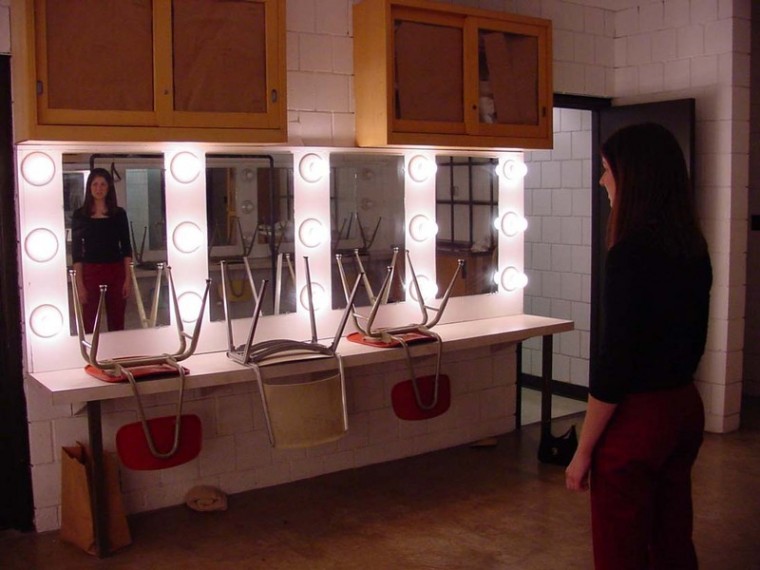 Lindsey Johnson, sophomore, one year older and one year wiser,calmly walked into Blank Performing Arts Center to audition for arole in the Simpson Theatre Fall productions, “The Trojan Women”and “The Baltimore Waltz”.

The surroundings were intense. Potential actors, friends, andcompetition encompassed her, along with the many characters,voices, movements and tension which possessed the bulk ofstudents.

Johnson, having a solid year of experience under her belt saideven though the competition was apparent, she felt comfortable.

“There were tons of girls auditioning this year,” said Johnson.”It was nice to see the participation and interest, especially fromthe freshmen class.”

Jonathan Feld along with five other freshmen received a callback for “The Trojan Women”. Even with the overwhelming amount oforientation events, the freshmen have proven themselves worthy tothe theatre.

“The audition process is more competitive and a lot more seriousthan it was in high school,” said Feld. “You have to wear your gameface every step of the way.”

The audition procedure is short, but includes a great deal ofpreparation.

“I was nervous, but it ran smoothly and it was easy,” said Feld.”You go in, sign your name during a time you will be available andyou show up.”

The try out process is composed of a short five-minute timeslot. To begin, the student is asked to prepare a monologue he orshe will present to the theatre panel.

“The bar has been raised,” said Feld. “I have to set differentgoals and expectations for myself.”

When the time comes to audition, the performer only has thoseprecious five minutes to impress the theatre faculty with his orher capabilities.

“You go in, do your stuff and go out,” stated Johnson, a theatremajor.

“The talent this year is incredible,” said Johnson. “Everyone isextremely dedicated and the shows are definitely going torock!”

Although the competition is fierce, the department stillencourages students who have desires, interests or who have evenenvisioned themselves on stage to try out for the springproductions.

“Just go for it,” said Johnson. “If you have any interests justtry for one show. Theatre opens eyes and changes lives.”

Johnson also advises anyone who is considering auditioning forone of the spring performances to realize that preparation is key.Dedicate your energy to a piece and when audition time approaches,you will be relaxed and able to give your best, she advised.

Those interested, but are still unsure, take note from Feld.

“Anyone can do it. It is really not intimidating, you just haveto give all you have to give.”