One last walk down the fairway 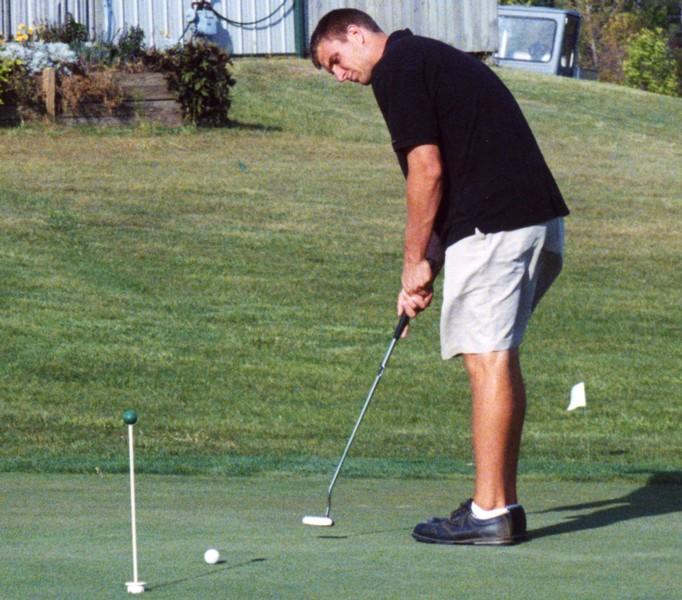 The Storm golf teams are chipping away another season as falltournaments come to a close.

The women’s team has been playing very well, finishing first infour of their nine tournaments and taking second at the otherfive.

Junior Stephanie Schenfeld has been leading the team, along withsenior Janelle Claiborne and sophomore Jenny Goodall. All threehave been consistently shooting in the low 80’s.

Head coach Bob Darrah says the shooting is all pretty even, butpoints out that the girls have shot 77 and 78 in the past. He hopesthat the girls can lower their scores just a little farther in timefor the second leg of the Iowa Conference championships thisweekend in Cedar Rapids.

“We’re right there and as a coach you hope for two players toshoot around 70 or 80,” Darrah said. “I always say, give me 320 andlet the rest shoot for it.”

Overall, Darrah has been pleased with the team and the way theseason has been going.

Darrah cautions, however, that the season isn’t over yet.

“Buena Vista has a strong golfer to look out for and Wartburg isright up there with us,” Darrah said. “We lost three seniors andmost teams haven’t lost as many as we have. I’m hoping to move downa couple strokes and we’re looking to beat Wartburg next week to goto Nationals.”

Darrah adds that even though Buena Vista has some players towatch, Simpson holds an undefeated record against the Beavers.

“I expect to win every time,” Darrah said. “The girls will say,’Well we won today, will you smile?’ I’ll try.”

The Simpson men’s golf team has not been fairing as well as thewomen’s, but head coach Larry Shoop isn’t letting it get himdown.

Shoop plans to use the fall season as preparation for the springseason.

New faces on this years’ team have been doing very well.

Transfer Austin Jennings holds the number two spot and juniorRob Kahn, who is playing golf for the first time at Simpson, hasbeen having a good season. Shoop adds that freshmen Cody Sharp andDave Combs have stepped up and are filling their positions well,but it’s senior Mike Martin who has been leading the team.

“Martin has been playing extremely well throughout the fallseason and I’m looking for him to continue in the spring,” Shoopsaid.

The area the men have been having the most trouble with has beenmaintaining consistency.