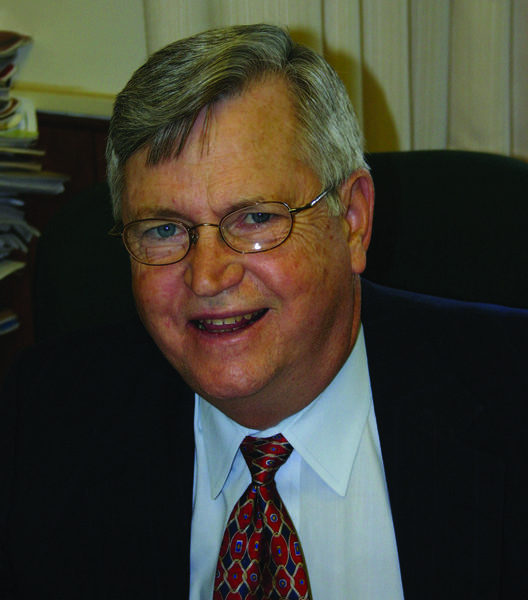 Bruce Haddox, dean of academics at Simpson College, has alwaysthought of Simpson as a gift.

Haddox came to Simpson in the late 1960s, and taught religion inthe height of Vietnam protests.

Though Haddox was and still is passionate about teachingreligion, but he didn’t always think this way.

In college Haddox came to a realization, “I am only going to behere once, and what am I going to do with my life?” These thoughtsprovoked Haddox to really take stock of his life, and eventually itall boiled down to a question of religion. “God exists, or Goddoesn’t.”

It was at this point, halfway though college, that Haddox wasoverwhelmed by the idea that life is a gift. Haddox was determinedto find out how God would fit into his life.

Haddox transferred to a liberal arts college, StetsonUniversity, and majored in religion. He later went on to get hismasters in philosophy and his Ph. D. in religion and culture.

It was at this point in time that Haddox received a phone callfrom the current dean at Simpson and was asked to move up here andbe a member of the Simpson community. At the time Haddoxjokingingly said he didn’t know where Iowa was, or what SimpsonCollege was going to be like, but he took it as a sign andultimately believed it was part of God’s plan for him. “I feel likeSimpson is a gift to me,” Haddox said. “All of the good things inmy life have been given to me.”

Haddox has been at Simpson ever since. He wants to instill instudents what his father instilled in him; Haddox wants students tobe passionate about doing right to people and also to be passionateabout living a meaningful life.

“[I want students] to count for something. Give their lives toother people, that’s what lasts,” said Haddox.

Haddox has been married for 42 years to his wife Bette.

Haddox has two kids, a son and a daughter.

Haddox has one grandson.

Favorite Quote: “If you’re waitin’ on me you’re backin’ up.”