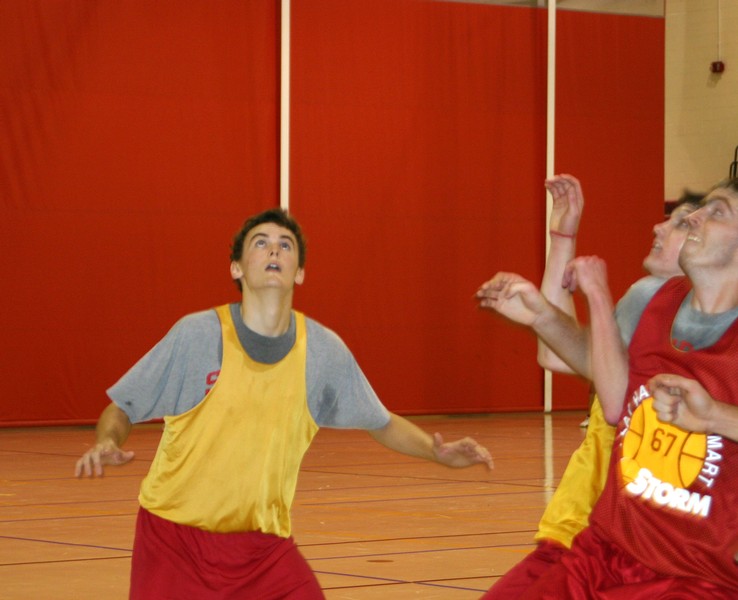 Sophomore Kris Langgaard was diagnosed with acute myelogenousleukemia the summer before his high school senior year. Hissurvival was because of a bone-marrow transplant from his oldersister Katy.

“My cells divided so fast that I had to have all the bloodkilled,” Langgaard said. “They killed the blood to where I was justbarely surviving.”

Missing all but 36 days of his senior year, Langgaard had hisbone marrow transplant on November 14, 2002.

To have a transplant, six components of blood between therecipient and the donor should match. Matching components as low asfour out of six is acceptable but the risks are higher.

According to Langgaard, everyone in his family was tested butonly Katy had all six aspects. There was just a 60/40 chance thatKris would survive, but he beat the odds. The bone-marrowtransplant saved his life.

Due to its success, Ellens, a leukemia survivor, along with theBasketball theme house and Alpha Phi Omega decided to have anotherBone Marrow Drive this year.

“We need to educate people on what it means to be a donor,”Ellens said. “Testing to become a donor is very harmless and lessintrusive than donating blood. You can possibly save someone’slife, and it’s an unbelievable gift you can give.”

“Before a person is added to the Bone Marrow Registry, theyshould think seriously about whether they are willing to make abone marrow donation if they ever get called as a potential matchfor a patient who needs bone marrow,” Singer said. “The personneeding the bone marrow is counting on the donor to say ‘yes.'”

“In the last four years there has been an increase on collegecampuses, and it has been through their awareness and theiractiveness that I have been asked to help,” Hoyle said.

According to Hoyle, 80 percent of those looking for a match willfind one in a registry.

There’s a particular need for women and minority groups todonate.

“The Bone Marrow Donor Program, in particular, would like to seewomen and minority ethnic groups become registered since the tissuetypes common among those populations of people are underrepresentedon the Bone Marrow Registry,” Singer said.

Ellens has been on both sides of the donating process. He saiddonating may interrupt your life for a few days and may cause minordiscomfort but is worthwhile.

“It is important to know a [bone marrow transplant] is the onlyknown cure for leukemia and is the only proven durable lastingtreatment,” Ellens said.