Lost the mascot? Just get a new one 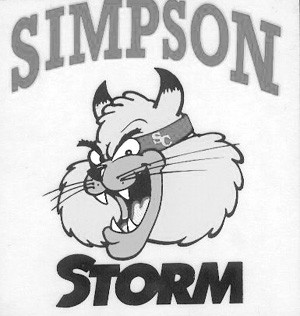 Simpson once had a mascot that roamed the sidelines of football games and prowled underneath the baskets at basketball games.

The Thundercat has been the mascot of Simpson athletics in years past, but it hasn’t been seen at athletic events for quite some time.

The Thundercat mascot isn’t missing in action because no student is brave enough to don the costume.

In reality, the costume for the Thundercat simply can’t be found.

“We lost the mascot,” senior Jeremy Scott said. “No one knows where it is.”

Scott is on the Student-Athlete Advisory Committee, the group responsible for solving the problem of the missing mascot.

According to senior women’s administrator and advisor to the Student-Athlete Advisory Committee Lana Smith, a contest for mascot-replacement ideas was held last spring.

There are currently three possibilities for the new mascot.

“We had more to start out with, but we’ve narrowed it down to three possibilities,” junior Amy Miller said, another member of the committee.

According to Scott, the three possibilities for the new mascot are a lightning bolt character, a thunder hawk and the Greek God of Storm.

Scott said the Student-Athlete Advisory Committee was responsible for coming up with mascot replacement ideas and narrowing down the list. The final ideas were sent to SGA, which will make the final decision about which mascot will represent the Storm.

The members of the committee feel it’s important for the school to have a mascot.

Scott agrees, adding that a mascot could aid the cheerleaders and keep the crowd involved at Simpson’s athletic events.

“It brings excitement to the game and helps out the cheerleaders,” Scott said. “It gets the crowd into activities, games and campus events.”

Scott and Miller agree that a mascot would give Simpson a symbol by which to be recognized.

“It’s just a great symbol,” Miller said. “I think it boosts the overall energy to have a mascot running alongside the field.”

Scott said a new mascot could suceed where the Thundercat failed simply by being a symbol Simpson students and their opponents could recognize.

“I strongly support the idea of a new mascot,” Scott said. “No one knew what a Thundercat was so it will be nice to have a mascot we can understand and be recognized by.”

While the fianl decision will be made by SGA, the members of the Student-Athlete Advisory Committee do have their own favorites.

“I saw the lightning bolt character and it looks pretty cool,” Scott said.