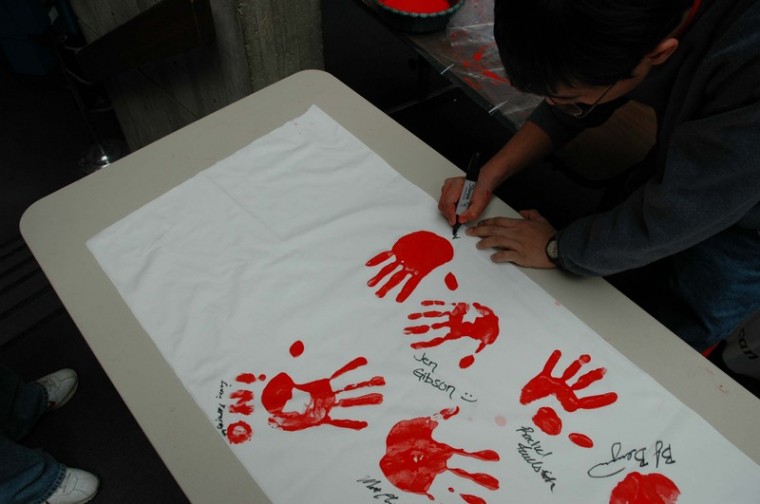 While millions of people reeled in Christmas recovery, Southeast Asia was rocked by an earthquake and resulting tsunamis that killed thousands and left even more homeless, sick and devastated.

Simpson College may be far removed from the situation in Southeast Asia, but efforts by the International Student Organization are making their own waves on campus.

Senior Om Gurung, president of ISO, started the on-campus campaign to raise money for the victims of the world’s most powerful earthquake in 40 years.

“We decided it was our issue and we need to help out globally,” Gurung said. “We decided just to give it a try and help at least a little.”

Gurung is from Nepal and he has many international friends whom the Dec. 26, 2004, tsunamis have affected. Simpson has had 15 students from the Indonesia and Sri Lanka area over the past years.

Senior Aye Win from Myanmar, is currently studying here. While Myanmar is more removed from the heart of the tsunami, the country has felt its effects.

“My family is from the capital city, and they felt the earthquake there,” Win said. “But, compared to the other countries, Myanmar was the least hit. I think 100 people have died, but in comparison, it wasn’t that bad.”

For the countries most affected by the tsunamies, including Sri Lanka, Thailand and Indonesia, already-poor economic situations have only been worsened. Much of these countries’ income and revenue come from the very waters that destructed the land. Fishing and tourism make up the biggest employment fields in this region.

Lora Friedrich, professor of sociology, has traveled to Thailand and Southeast Asia many times. In her view, this area is one that cannot afford to lose anymore.

“Poverty is probably the most overwhelming problem in this area,” Friedrich said. “Most of the people were farmers or fisherman, and now the one boat they had is probably gone. And unlike the States, where we have insurance, they don’t. Their livelihood is gone.”

The country of Thailand is built around the exportation of shrimp and the business of tourism. Both have been severely damaged by the recent tsunami.

“Many of the places hit are well-known for diving,” Friedrich said. “Now, they are unsure about the ecological and underwater habitat that made it so popular. Other tourist things and many Westernized hotels have also been wiped out. They will have to be torn down or rebuilt.”

Currently, the death count is well over 150,000, not including death from the disease that will occur because of the lack of health care and medical attention. Malaria, among other diseases such as gangrene, is a rising threat to the volunteers and native people. The Red Cross and Unicef have donated millions to combat these problems, as well as get a handle on living situations and orphaned children.

“There are so many dead, and they can’t count and identify the bodies fast enough before the decaying process starts,” Friedrich said. “Their answer is to take Polaroids of the bodies and roll a thumb print across it for identification. It is some sense of who these people were.”

The efforts by ISO have raised more than $200 at Simpson so far. Donations are still being accepted through ISO, but they can also be made online at www.redcross.org or www.unicef.org. The money raised is being sent directly to Unicef to be used as needed.

“It makes sense to help these people,” Gurung said. “Even $1 goes a long way. It should make students feel satisfied that they helped a country in need.”

“Every little bit helps,” Friedrich said. “Just giving $2 will feed a family of four in Thailand for about a week. They do not have the kind of incomes we have. Even those with education are lucky to make $200 a month. Some students get more allowance than that.”

The process of rebuilding and reorganizing a country is one that takes time and money. The countries hit are already in deep poverty and a natural disaster only worsens the situation.

“This is important, this is human life,” Win said. “The poverty and economic situation are responsible for the death of many. It’s not like the States where we can immediately start rebuilding or escape. This is a problem of large magnitude for any country to handle.”

Friedrich echoed the difficulty of rebuilding.

“The tsunami hit an area that was so devastatingly poor,” Friedrich said. “It’s just not possible to rebuild or restart right now, or for a while.”