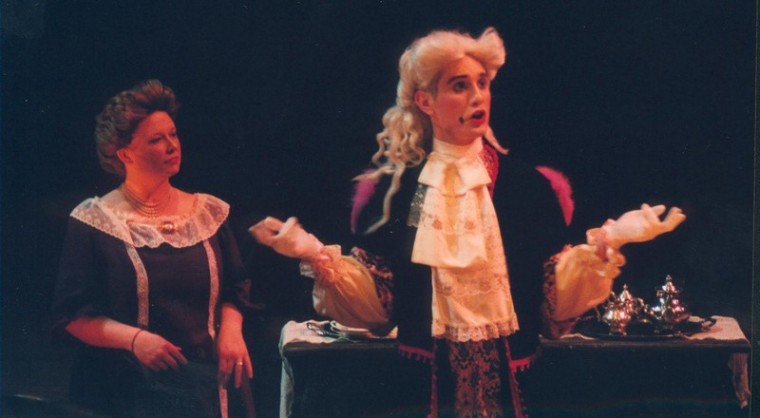 “The Man of Mode” brought laughter to more than 650 people in Pote Theater over the weekend.

“It was humorous,” sophomore Nick Webb said. “In many ways it was a good stereotype of men and their cheating ways.”

“The Man of Mode,” written by George Etherege, is set in the 1600s, but Director Jennifer Nostrala decided to integrate up-to-date technology for a modern twist.

“For me, the play is the historical equivalence of reality television,” Nostrala said. “Reality television is all about performing for others under the illusion of ‘reality.’ I then wanted to see what would happen when the two time periods would meet.”

Freshman Jay Keller didn’t like the attempt to mesh the two time periods.

“I found the modern-day technology to be a distraction and I didn’t understand why it was used,” Keller said. “I thought it was an attempt to relate to youth, but I feel it didn’t work.”

“The Man of Mode” brought several new faces to the stage, including freshman Shelley Hagerty who played Harriet.

“I loved meeting all the new people and feeling the rush that takes place after a performance,” Hagerty said. “There was also the challenge of learning lines, building my character and understanding the language.”

The cast spent 15 to 20 hours each week practicing for the production.

“Everyone worked hard both on stage and off,” Nostrala said. “It takes a number of dedicated people to put on a production and the company rose to the challenge.”