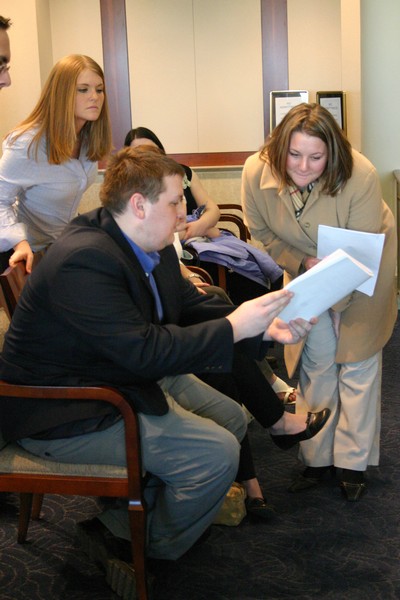 The Pre-Law Society and Students Working Toward a Better Tomorrow attended a hearing at the Supreme Court of Iowa last week.

“[The purpose of the trip] was to show the students the appellate process and that what they’re learning in college exists our in the real world,” said Marilyn Mueller, professor of management and Pre-Law adviser.

The students attended the case State of Iowa v. Frederick D. Carter which dealt with the driver of an automobile who had “constructive possession” of drugs hidden under the ashtray of the vehicle.

During the case, the students were surprised at how often the attorneys were interrupted by the justices, but according to assistant attorney general Mary Tabor, it’s better for them if the judges do so.

Another surprise to the students was the interaction they saw between the two attorneys in the case.

“It was shocking to see them arguing in front of the judges and then talking to each other in a civilized manner afterwards,” junior Jen Conner said. “It was almost as if they were friends.”

Mueller also talked about how it’s important for Simpson to take advantage of its proximity to Des Moines.

“Trips like this add meaning to [the students’] experience in the field, and Des Moines has plenty of opportunities for them,” Mueller said. “Such trips may help students to choose a career or study harder to be better prepared. It is one way we can transform their educational experience into a real world experience.”

For Conner, Mueller’s statement is true.

“Every time I go into a court room, it just reaffirms my decision of going into law,” Conner said.