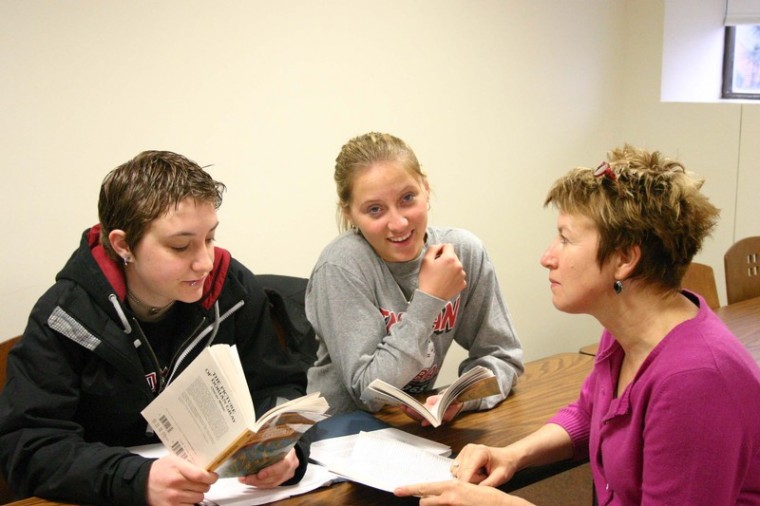 Women outnumber men in the student body, but the faculty doesn’t follow the same trend.

According to Academic Dean Bruce Haddox, only 34.5 percent of faculty members are female. However, that percentage is expected to rise to 36 percent for the next academic year.

“Diversity is important for an academic program because you get different points of view [and] that’s good for students and faculty,” Haddox said. “Ideally I’d like to have 50/50, but with three people in a department, you can’t have half and half.”

Haddox said in the past, the disciplines women most often taught in were education, nursing, English and foreign languages.

“Now all that has changed,” Haddox said. “However, as people leave and as people retire we are trying to make a real effort to hire more women. If you look at our hiring pattern, you will see that we’ve hired far more women faculty than men.”

Nancy St. Clair, professor and department chair of English, has witnessed some change.

“In the 15 years I’ve been here, I’ve seen an improvement in the gender equity,” St. Clair said. “I would say a conscious effort on the part of the administration to hire more women and a dean insistent on there being no departments with only men [has contributed to the movement towards gender equity].”

“We tried very, very hard over two years for a woman in political science – it was a new position,” Haddox said. “We interviewed a lot of women candidates – good ones. But for a variety of reasons we couldn’t get anybody. Finally, after a two year search we did hire a good person. We’re glad to get him, glad to have him here, and he’s a very qualified person.”

Most people agree that having a more balanced ratio of male and female professors would be helpful.

“Most, I think, would agree that we need a greater proportion of women [professors] to best serve our students,” Associate Professor of Sociology Mark Freyberg said.

Haddox is aware diversity benefits the community, and keeps this in mind when hiring a new professor.

“[Candidates] have to be well-qualified; anybody who is not well qualified is kicked out,” Haddox said. “Then I look at who fits into Simpson College … and I do keep an eye on gender balance. Men and women students are best served by having diversity of faculty.”