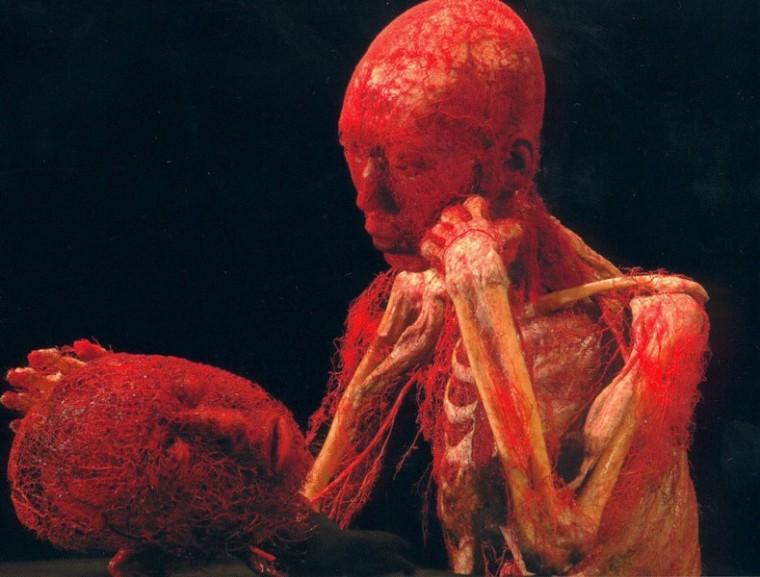 Any biology textbook has photos of what the inside of a human body looks like, from muscles to organs.

But the structures of a human body are better understood through hands-on experience.

“This exhibit looked like pictures out of textbooks, but to actually be able to see the inside of a human body really helped me understand how it works,” sophomore Kenna Wheeldon said.

From April 1-3, 40 Simpson students and faculty from the biology and art departments traveled to Chicago to experience the human body in the form of a 3-D art exhibit.

“Body Worlds: The Anatomical Exhibition of Real Human Bodies” was created by Gunther von Hagens and premiered to the world in Japan in 1995, according to the Body Worlds Web site.

Body Worlds puts actual human bodies through a process called plastination to preserve them. The bodies are then put in various, realistic poses.

Sophomore Carrie Myers said while viewing this exhibit she had to keep telling herself the bodies were actual humans.

“The way these bodies were, it almost dehumanized them,” Myers said.

“I look at this as a once-in-a-lifetime opportunity,” Garrison said. “I was so surprised as how many different dissections they did. Also, the poses of the human bodies were just amazing.”