Greeks go for quality over quantity 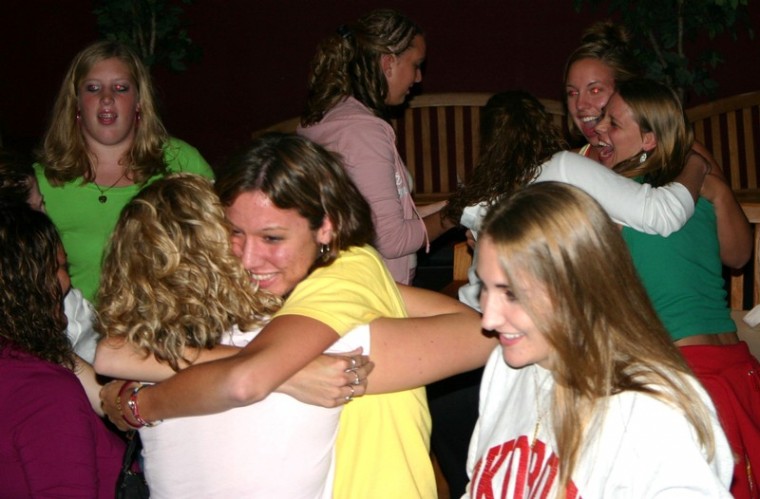 Greek recruitment ended on a successful note with more participants and a new low-frills approach.

“[Recruitment] was a huge success,” said senior Becca Hachinsky, Pi Beta Phi recruitment chair. “It’s one of my favorite parts of being in a sorority. I’m eager to see what the year will be like. We have great new members everyone’s excited about.”

But Simpson’s Greeks are facing a change in their leadership: Greek Adviser Jennie Cisar resigned Sept. 23.

“We are a self-governing organization as it is,” said junior Liz Van Hook, Panhellenic vice president for recruitment. “In the interim, we will be OK. Jennie was basically there if we needed something reinforced or had an issue we couldn’t figure out ourselves.”

Despite several attempts, Cisar could not be reached for comment on her resignation or this year’s approach to recruitment.

The low-frills policy for sorority recruitment was intended to give prospective members a chance to better see what each house had to offer before making a choice.

“The message each house sent was much more clear,” Van Hook said. “The girls going through have a much better understanding of what Greek life really is.”

“We don’t have house quotas like the sororities do, but each house got around 10 solid, quality guys,” Rus said. “By giving them three nights, they were able to see what each house offered and may have gotten past some initial thoughts on certain houses.”

Each sorority had a quota of 13 women with a membership limit of 60. The new method presented an opportunity to get to know possible new members.

“This way puts stress off the chapters – they don’t have to worry so much about decorating or getting themselves ready,” Van Hook said. “They can focus a lot more on the girls and put in some meaningful conversation to get to know one another.”