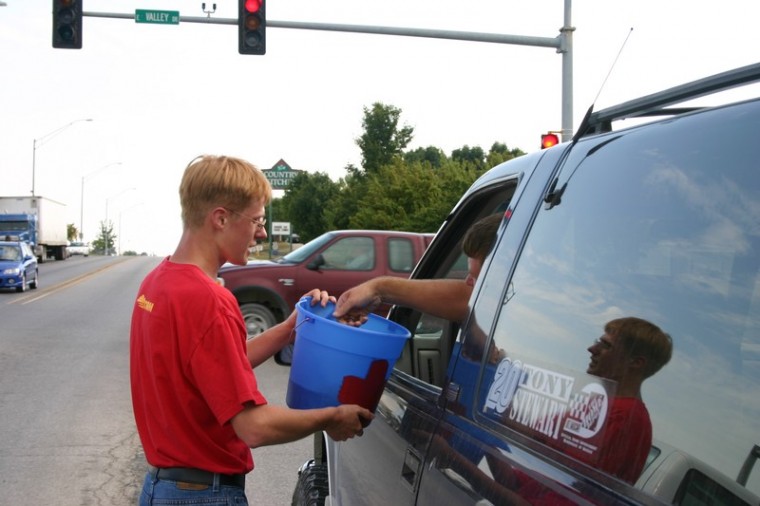 If there’s a volunteer activity on campus, he’s usually involved in some way.

And there’s usually one thing guaranteed to be in all Simpson e-mail inboxes: a message from sophomore Nathan Arentsen.

Generally, he’ looking for volunteers for his next big project.

“If I have time and hear something is going on, and if I feel there is a need, then I try to do something about it,” Arentsen said.

Arentsen’s current volunteer project is aiding the victims of Hurricane Katrina. The project is a two-week fundraising effort to get donations for the American Red Cross. By standing at major intersections in Indianola, Norwalk and Des Moines, Arentsen, along with other volunteers, have raked in some serious cash – more than $3,000.

Last year, Arentsen volunteered in efforts to help aid the victims of the tsunami in Southeast Asia. In previous summers, he has worked for volunteer trail crews in Idaho.

Arentsen, a double major in political science and environmental science, is working on a minor in music. He plays the trombone and the bagpipes. An active participant in Theatre Simpson, he is playing the part of Krogstadt in the upcoming Simpson production of “Nora and Julie.”

And if that weren’t enough, Arentsen serves as a Community Adviser in Barker.

In his free time – the few spare hours a week he finds – Arentsen tries to ride his bike to Carlisle a couple times a week.

“I understand people are busy,” Arentsen said. “I feel the same way. I get so much going that I can’t devote my time to certain activities. It’s a balancing act I play every day.”

Because many times he does not work through any particular group on campus, Arentsen’s major dilemma is finding other people to volunteer for various causes he’s passionate about.

He worries that his e-mails bother students whose inboxes are already full of junk mail … but he doesn’t let it get to him.

“If I focused on the fact that I was bothering people, less and less would get done,” Arentsen said. “Then no one would win.”