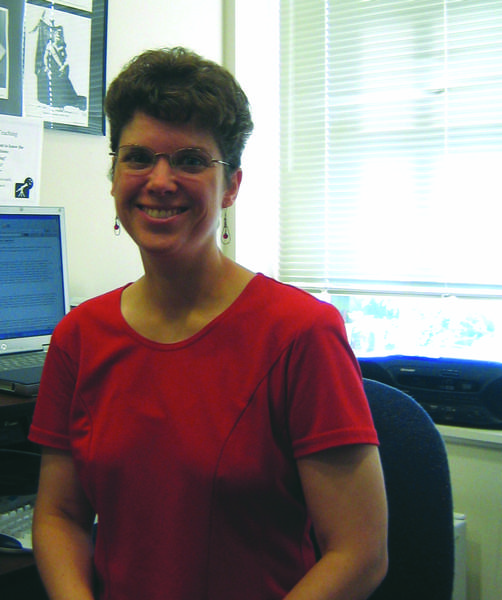 It’s true. Sometimes, freshmen are immature. But, for Sal Meyers, associate professor of psychology, seeing just one of her Liberal Arts Seminar students make the leap from fledgling first-year to sophisticated sophomore made all the difference.

“One of my students struck me as someone who was fairly immature and young,” Meyers said. “Very charismatic, very personable, but very immature. And, by a year later, you could see a marked difference in him. It’s neat to watch students grow up in front of you. It’s amazing to see what big changes there are.”

That was three years ago. Since then, Meyers has been director of Simpson’s First-Year Program, a position that includes overseeing summer registration, fall orientation and LAS programming for freshmen.

The hard work doesn’t seem to bother her.

“It’s all planning for fall,” she said. “And I find that really fun. I enjoy working with faculty to try to strengthen the program, to make first-year students’ experiences here better. To better meet their needs.”

One way Meyers has found to make the program better is to both unify and diversify it – a task, she admits, which can be easier said than done.

“That doesn’t mean that everybody does exactly the same thing – far from it,” she said. “In fact, my own philosophy of working with faculty in strengthening the program is that faculty, everybody, is more effective when they do things that they believe in.”

For some faculty, that may be using group work, while for others it may be lecturing.

“There’s no sure-fire way of doing it,” Meyers said. “My approach has been to try to make them more aware of the choices they can make, to try to give them a greater sense of control. If you have to make these choices … then there’s part of you in it and you’re more invested.”

This is Meyers’ last year as director, but even though the class of 2009 is in class, her work isn’t done yet. She still has one last task: review the program as part of Simpson’s accreditation process.

“It’s never been reviewed before,” Meyers said. “So it’s going through program review for the first time, and I get to write it. And that’s an intimidating task.”