Nalean does ‘good for world’ 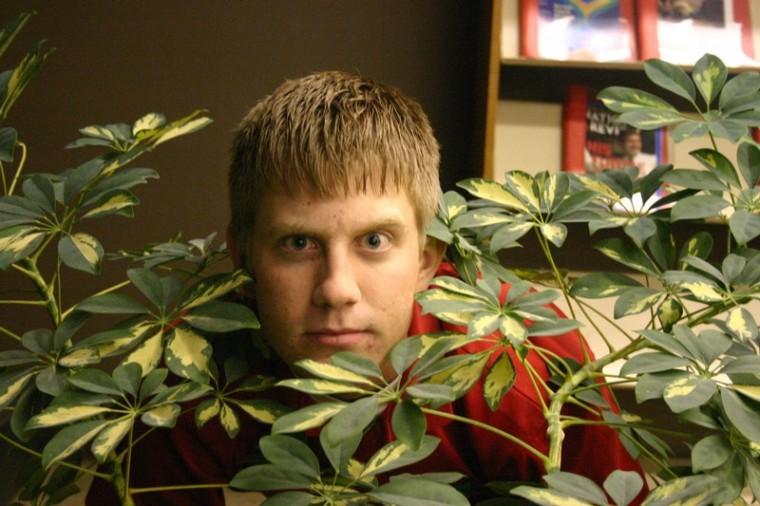 Junior Bobby Nalean is from a small town in Iowa, like most Simpson students. So why does he care so much about raising awareness about diversity?

“Many people might think I’m a poser because I’m white,” he said. “I just have to do what’s important to me and good for the world.”

Since his freshman year, Nalean and Padilla have been active in a march and rally called Living the Dream: “End the Isms.” Not only do the two friends participate in it, but they helped create it, along with Walter Lain, assistant dean for multicultural and international affairs. The march is held every year to celebrate diversity and end discrimination.

“Diversity is important because the world is a diverse place,” he said. “Simpson should be as well. Simpson is not just a place for white, middle class kids. It’s important to offer everyone the good education that Simpson provides.”

Nalean, along with Padilla, the International Student Organization, LGBTQA and the Multicultural Student Alliance, met with President Byrd a few weeks ago to talk about increasing diversity on campus. President Byrd pledged his support, which was a nice gesture according to Nalean.

“Diversity on campus can only get better,” Nalean said. “We’ve been making strides since I’ve been here, and President Byrd seems to be on board. I’m pretty excited about him. He is a genuinely good guy who cares what he’s doing.”

As one more step toward better diversity on campus, Nalean and Padilla created a new discussion group this year: Breaking Barriers. Appropriately, the group’s goal is to break down barriers of any type. So far, Breaking Barriers has met three times this semester, and the group plans on meeting once more before the semester ends.

Nalean said he hasn’t had any problems being “the white guy,” promoting diversity, but he’s sure there are people out there who wonder what his motives are and why he cares.