Purdy a ‘revelation’ for singing group 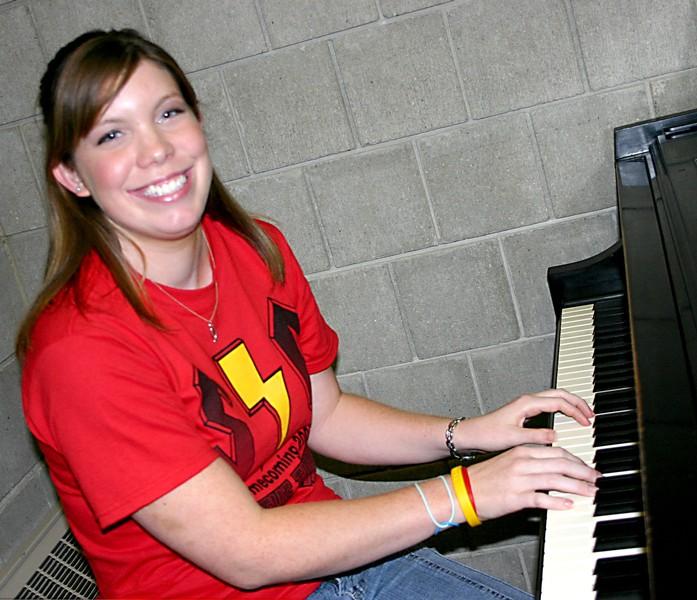 “I did just turn 21 last July, but I’ve only done the bar scene once this year,” Purdy said. “It was pretty amazing. But I don’t need alcohol to have a good time, and I’ve proved that many times.”

Though she has experienced pressure to drink, she said she doesn’t face it as much anymore.

“As a junior now I can look back and there was more pressure when I was an underclassman,” Purdy said. “I personally don’t feel much pressure now and if I do, I’ve made my decision. I’ve been brought up to understand that if you don’t accept me, you don’t have to be my friend. I am not going to please everybody. And that’s life.”

What she does do for fun is co-lead Revelation Singers, hang out with her friends and perform in operas. She’s also “totally into” different activities with the Religious Life Community.

“Basically, I’d say get involved in as much as you can,” Purdy said. “I think it’s good way to expand old or create new friendships as well as keeping yourself grounded in this crazy time of college.”

Revelation Singers, which meets before Campus Worship, is led by Purdy and senior Cassie Smith.

Though Purdy can sing – something she’s proven by being in the choruses of “Carousel,” “The Magic Flute” and “Die Fledermaus” – she said singing ability is not a requirement for Revelation Singers.

“No, no, definitely not,” Purdy said. “Everybody really is welcome.”

The operas, she said, are a bit tougher.

“I’ve gotten used to it since I’ve been involved for three years, but it’s still nerve-racking,” she said. “It’s pretty formal and you want to come off as a professional. You want to come across like you know what you’re doing.”

And as far as that one time at the bar …

“It was better than I expected,” Purdy said. “We didn’t have a lot of alcohol that night, but I got to see people outside of class I don’t normally otherwise. It was a good release after a long week. And I, for one, want to actually remember all the great memories I make while here at college.”