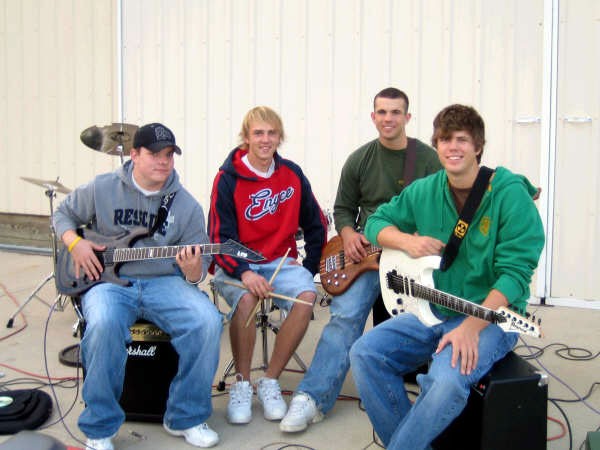 Simpson will play host to a charity rock festival of sorts on Friday.

Sophomore Julius Kilpatrick said the concert is being set up through the Junior Greek Council as a fund raiser. A Walk-a-Thon to benefit victims of Hurricane Katrina is also being sponsored Friday night by the Panhellic Council, Junior Greek and CAB.

But, if rocking bands aren’t enough to get students to come, the price might.

Kilpatrick’s band, TodayICOOldfashioned, was scheduled to perform, but decided not to because of a lack of practice time.

“We play alternative rock,” Lyons said. “If you’ve ever heard Something Corporate, that’s one of our influences. We’ll have a piano up there.”

Lyons said the band found out about the concert through an e-mail.

“There was a campus-wide e-mail sent out that was asking for bands” Lyons said. “We were the fifth one to call and sign up.”

Lyons said a lot of different styles of music will be represented.

“There’s a good variety for sure,” Lyons said. “It’s guaranteed to be a great show.”

“I’ve seen Circle Drive before, but I’m looking forward to the wide variety of music that will be there,” Rieman said.

According to Kilpatrick, a lot of up-beat rock music will be played.

“Anything that will get you dancing,” Kilpatrick said.

The Greek Rock concert will be held Friday, Dec. 2 in Hopper Gymnasium from 9 p.m. to 1 a.m.