Giants on the court 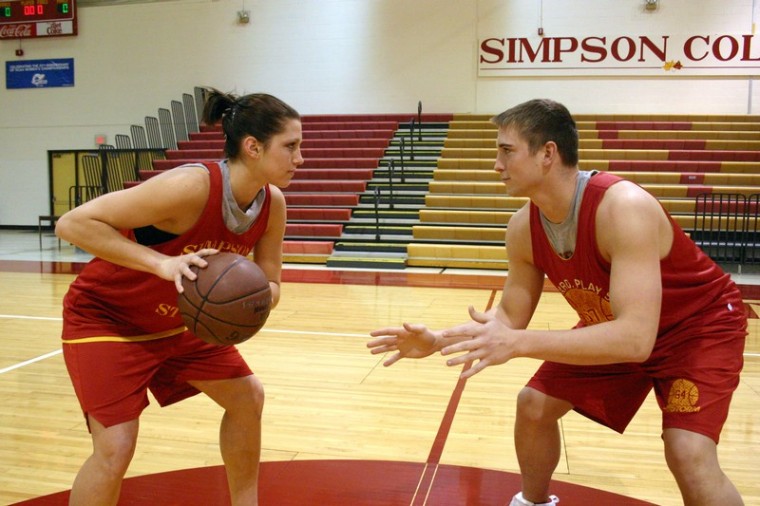 “It’s really weird to be the only senior,” Ellens said. “There were probably 15 guys out my freshman year and I was the only one to survive until the end. I’m glad I had the drive to stick it out.”

The 6’4″ forward has started in all five games so far this season and is averaging 9.6 points and 4.2 rebounds per game, not to mention his 70 percent shooting from the free-throw line. He also has six steals and one block so far this year.

But even after four years of jump shots, rebounds and sprints Ellens isn’t ready to give up the game he loves after the season ends.

“I am getting my coaching certificate right now,” Ellens said. “I want to stay involved with basketball in some aspect after I graduate.

Ellens has been surrounded by basketball since birth.

“I have been playing basketball all of my life,” Ellens said. “Ever since a ball was put in my crib.”

Athletic Director John Sirianni knows Ellens comes from a family with a strong background in the sport.

“Scott’s brother used to work here and they both are very dedicated to the game of basketball,” Sirianni said.

Ellens is one of the team’s co-captains, which gives him extra responsibility.

“I think it is important to lead by example,” Ellens said. “You have to do things the right way to get everyone else to [do the right thing].”

“He is a hard worker and positive leader,” Wilson said. “He communicates well with the team and I think it is very important the players have someone to respect and relate to.”

Ellens works hard both off and on the court: He’s a business management major and has a 3.2 GPA.

Last season he averaged 7.2 points per game and 4.7 rebounds per game.

“Since I began playing basketball here, it is amazing the things you can learn about the game,” Ellens said. “I feel more comfortable now playing then I ever have before.”

“Every year a player is here, they understand better what we are trying to accomplish,” Wilson said. “Scott has really improved since his time at Simpson. [He] is doing a great job of challenging the other players.”