No one shows at town hall 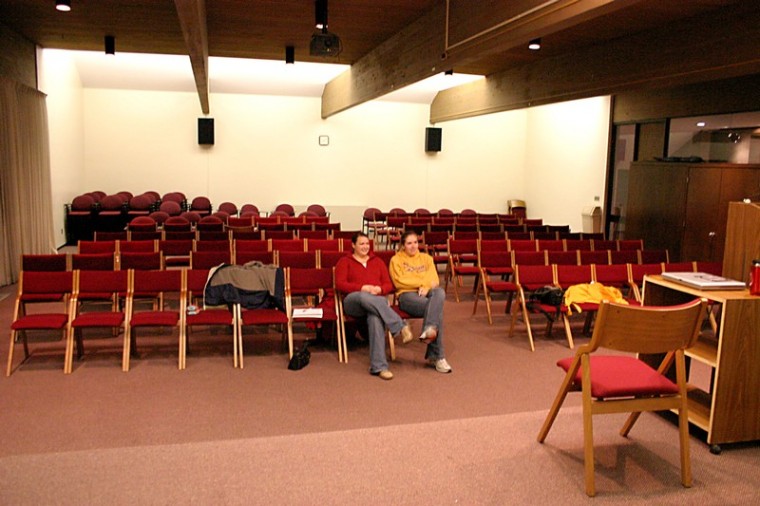 Two meetings were held to discuss the student activity fees increase and display the design for the new student center on Nov. 15. The meetings were open for the public and the students to voice their opinions.

No students attended either meeting to voice dissent on the issue.

Student Government Association President senior Dan Carver set up the meetings and was prepared to lead them.

“The meetings were to give students the opportunity to tell what they thought about the project,” Carver said.

Carver was expecting the low turnout.

“I really wasn’t surprised no one showed up,” Carver said. “I haven’t heard much of an uproar about the changes; it’s not a controversial issue.”

Also in attendance for the meetings was senior Kaela Phillips, vice president for SGA, who felt differently about the turnout.

“I was disappointed when no one showed up,” Phillips said. “I think the students cared right away when they heard about it, but they have moved on now.”

Phillips went to the meeting in support of the plan.

“I went to show my support and that I’m behind the changes,” Phillips said. “I also was there if they needed my help with the presentation.”

Carver proposed idea earlier this year to raise student activities fees by $100 in order to help pay for the new student center.

He said a new student center would create a better environment on campus.

“I have always wanted and been fighting for campus community,” Carver said. “I think a new student center would increase this feeling here.”

SGA will soon vote on whether or not to pass the idea on to the Board of Trustees.

“If the board knows the students are behind the idea and are willing to help, then they are more likely to go along with it as well,” Carver said.

“I think overall it will build a strong sense of community throughout the campus,” Phillips said.

However, not everyone supports the idea of raising the activity fee. Sophomore Crystal McCabe is against the increase.

“There are other ways to get the money besides raising our fees,” McCabe said.

She said current students shouldn’t have to pay for something they won’t use.

“A new student center is a good idea, but we won’t even be able to use it, so we shouldn’t have to pay more,” McCabe said.

McCabe was unaware the meetings took place despite the mass e-mail sent out to the campus.

Carver isn’t sure any more could have been done to entice students to attend the meetings.

“I thought the students would care enough to show up, “Carver said. “But if making them pay more money won’t get them there, then I don’t know what would.”

Current seniors would not be affected by the change. It would cost current juniors $100, sophomores $200 and freshmen $300. Each student in subsequent classes would pay an extra $400 in student fees.

The fee increase will cover approximately $3 million of the $20 million needed for the new student center.

No date has been set yet for the student center’s construction.