Increased attendance at athletics should be the rule, not exception 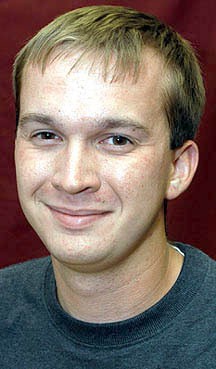 Finally, the Simpson basketball program got the attention it deserves.

Saturday’s annual rivalry between the Storm and Dutch saw the games get great attendance, 500 for the women and 1,000 for the men. The fans were raucous and excited actually to be at a Division III basketball game. Even though it was yet another installment of the rivalry that gets fans pumped up and ready to go at home, it was a crowd that both of the basketball teams deserved because of the success that has occurred this season.

The teams deserve to play in front of a big crowd every night with the amount of success that has been achieved thus far. When a team is doing well, the fans need to support them. Simpson did when Central came calling, but when Simpson has taken the court earlier in the season, the gym has been a little empty.

With the performances on Saturday against Central, it showed that the amount of fans that showed up and the noise really made a difference. Sure, Central wasn’t the best team in the conference, but anyone can beat anybody any night. That shouldn’t matter.

The Central game actually felt like an atmosphere where basketball should take place. It usually kind of feels like an NBA game, gym with a decent crowd to watch a game between the Toronto Raptors and the Los Angeles Clippers. If that doesn’t get the ovaltine burning, I don’t know what does.

But back to the point, Simpson deserves great attendance. The men and women are a combined 23-11 and are both in the top half of the conference.

The women are 14-3 overall and a spotless 8-0 in conference play and have been on a roll this season. Senior Dana Johnson leads the conference in field percentage with 57.1 percent and sophomore Ashley Katch is tops in blocks on the season with 2.5 a game.

The men have improved greatly in a short time this season now at 9-8 overall and 5-3 in the conference, and are currently on a three game win streak.

Yet attendance numbers have not shown that Simpson has the tops team in women and a fourth place team for the men.

The women have averaged 300 people per game through six home games, which is fourth in the conference, yet Dubuque, who is tied for last in the conference leads in attendance with 486 people a game.

Like the women, the men are also fourth in attendance with 508 people a game.

Simpson always seems to struggle with its attendance for games outside of rivalries between the Storm and the Dutch, but it always seems the fans act like limp noodles without any sauce. It’s sad when the parents of the players from across Iowa and surrounding states that come to watch the teams out-cheer the student body.

It’s just sad. It shouldn’t be that way, but it seems to be the case every year.

Buena Vista averages 1,000 fans for the men’s games at home. Should we be letting a school like Buena Vista be beating us in attendance, especially with a mascot like the beaver? Why can’t Simpson get that many students in the stands. Do we not care about basketball? Where are the fans every week?

Bill Buxton Stadium can get 5,000 for a Simpson and Central football game, but only 1,000 for the basketball game.

We as campus need to be there for every single team, especially when Simpson plays Central.

That should be a Cornerstone Studies program.