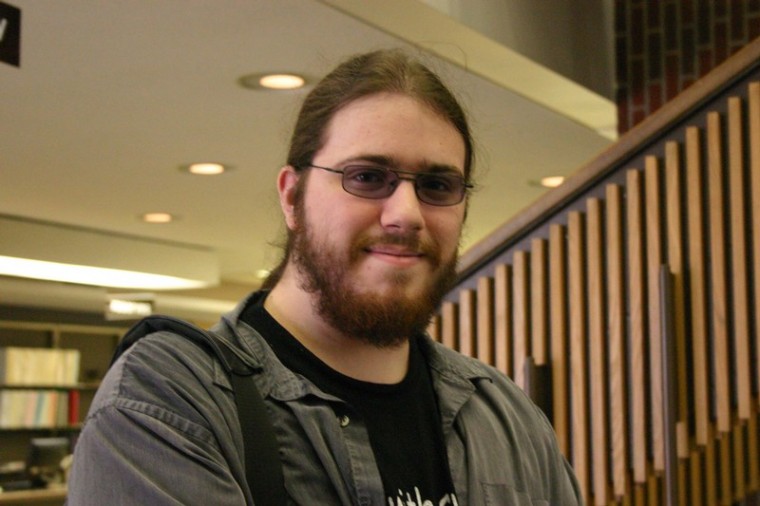 How many times have you slipped into class just before the professor started lecturing, settled in and all of a sudden heard the “click, click” of a laptop behind you?

You’re not at Buena Vista so the chances aren’t very likely. But if you have, the source of the clicking is probably sophomore Douglas Harcourt.

Harcourt is a second year English major from Des Moines. Because of a muscular problem in his hands that makes writing difficult, Harcourt uses his computer to take notes in class.

However, that’s not the only way he uses his computer – he’s also very into gaming.

While he shuns console-gaming like PS2, X-Box, Nintendo and other types of games, he enjoys strategy and role-playing games. Due to Harcourt’s insatiable appetite for gaming, he has even found certain games that Simpson Information Services block from the campus network.

He said this does upset him somewhat.

To keep active, he’s one of few people in the area who has taken up Kendo, Japanese fencing with wooden dowels. Harcourt prefers this style of fencing to traditional European fencing.

“I don’t do that wussy European stuff,” Harcourt said. “A European fencer will try to poke you while a Japanese swordsman will try to cut you in half.”