Spring Opera allows music students to ‘be someone else’ 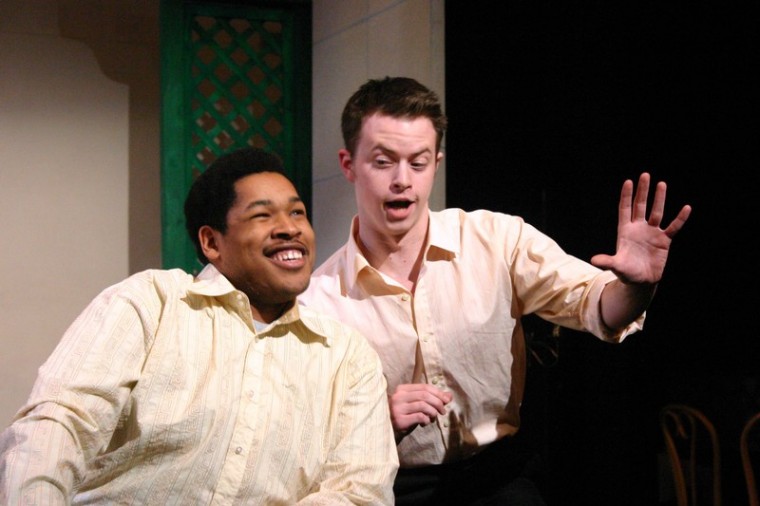 Opera isn’t something only seen on television at Simpson College. The music department puts on two operas a year and the spring opera is quickly approaching.

Junior Gwen Dickmann has a role in the upcoming production of “Cosi fan tutte.” Dickmann enjoys allowing herself to be someone she isn’t.

“I enjoy being in the operas because performing is a chance to become someone else,” Dickmann said. “It is a chance to share the gifts God gave you.”

Dickmann said relating to different characters can be challenging at times because of the differences between the characters and herself.

In “Cosi fan tutte” Dickmann’s character is opinionated where as Dickmann said she views herself as more of a reserved individual.

“That’s the fun in it though, getting to act a way you normally never would,” Dickmann said.

The opera is not just for entertainment; those who want to further their career in opera should try out for leads in the operas.

“It is not only for the enjoyment, but the importance of experience,” sophomore Sara Best said. “I need to get several roles under my belt before I go to grad school.”

Some Simpson students have never seen an opera before. Sophomore Sheena Smitley admits she’s never been to an opera.

She said she doesn’t know much about it, but has always been interested in the artistic form of opera. She plans on attending the spring production of “Cosi fan tutte” to expand her horizons.

“I am planning on going because it is something that I have never experienced and I think it will be another something to expand what I already know,” Smitley said.

The opera selection, made by Professor of Music Robert Larsen, was based on the students here at Simpson.

He said he chose “Cosi fan tutte” because of current students’ capabilities. He also keeps in mind those who need opportunities.

Larsen said he likes to select pieces from different periods.

“I try to do a large variety,” Larsen said.

The Simpson production of “Cosi fan tutte” has been tweaked so it appeals to a modern audience.

“Everything that is based on that period has been changed to modernize it,” Dickmann said.

Larsen said the original opera had a surreal setting so it could be placed anywhere.

“It was a dramatic setting and very ambiguous from the beginning,” Larsen said.

The plot centers around two young girls and their suitors. Their suitors make a bet that their women will remain faithful to them even if tempted by other men.

The men dress up to try and fool their women to test their loyalty. Eventually the women give in to the disguised suitors, but pick the other one rather than their original suitor.

There are approximately 26 students in the chorus and 14 principles and understudies because the opera is a double cast.

“Cosi fan tutte” will hit the stage this weekend in the Barnum Studio Theater in the Blank Performing Arts Center at 7:30 p.m. on Friday and Saturday, with a 2 p.m. performance on Sunday.