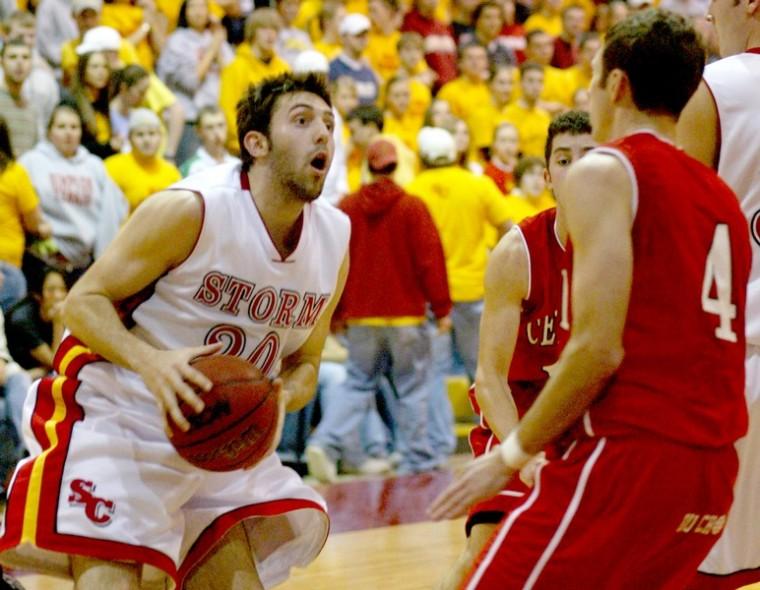 Bruce Wilson registered his 300th win as coach of Simpson’s men’s basketball program when his team beat Luther at home on Jan. 24, 69-57.

“I don’t really have a long-term approach to coaching,” Wilson said. “I look at what we’re doing each year and with each groups of guys. I think we have one of the most talented teams in the conference this year, it’s just a matter of reaching our potential.”

Win No. 300 is the most recent in a plethora of career achievements. In 21 years at Simpson, he’s won more games than any other coach in school history. He’s been named conference coach of the year three times – most recently in 1998, coached two teams to conference championships and has made four appearances in the NCAA Division III tournament.

“The way he runs his program and the image he represents is truly classy,” Sirianni said. “He is committed to the total well-being of his student-athletes and always has his values in order. He upholds those values and is still able to be successful. Bruce Wilson is truly a gentleman in every sense of the word.”

Long before his days of leading the Storm from the sidelines, Wilson led on the court as an all-conference and all-region player for the Storm, graduating in 1976. He went on to get his Master’s Degree in Administration and Physical Education at Gonzaga University in Spokane, Wash., where he was assistant coach for six years. In 1985, shortly before being named to Simpson’s Hall of Fame as a player, he began his coaching tenure here at Simpson.

“When I started at Simpson, I inherited a team that was last in the conference and my only goal was just to get better,” Wilson said. “That first year, we beat the number one team in Division III, Nebraska Wesleyan, in front of about five fans. I have liked seeing guys improve and teams improve whether it’s day-by-day or year-by-year. It means an awful lot to me when I hear from alums that have made it. It makes you think that what you’re doing is really paying dividends and that you’ve made a difference.”

“Bruce is one of the best coaches around,” Ellens said. “He’s a class act and he does things the right way. He puts a winning team on the court every year and there are not many that can say that.”

“When Connor was born [with Down syndrome] in 1990, it changed my coaching perspective,” Wilson said. “The wins and losses aren’t as important as how we’re doing it. It kept me from getting tunnel vision and being too absorbed in basketball.”