No paid leave for pregnancies 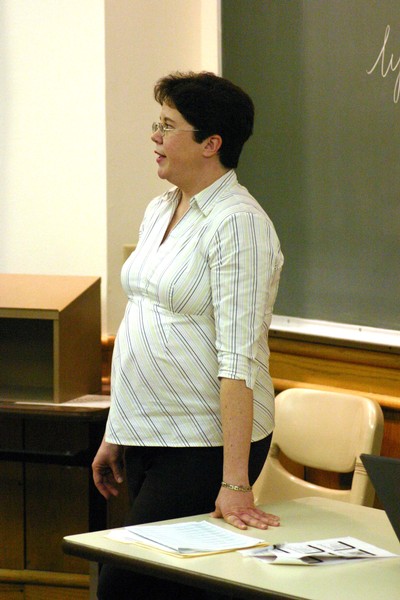 A paid maternity leave does not exist for faculty in Simpson College’s policies.

Many companies, universities and even small colleges offer paid maternity leave for at least six weeks. Simpson, on the other hand, follows the Family and Medical Leave Act of 1993, which allows employees to leave for up to 12 weeks unpaid or with partial pay, usually granted to care for a newborn or after an adoption, serious injury or health problem.

“I guess this leaves a loophole for a ‘brave’ mother to request pay, but we should not be forced into this situation,” said Jackie Brittingham, assistant professor of biology.

Brittingham said Simpson should create “a benefit, something that is formally in place” for staff and faculty who want to have children.

“I strongly support a leave policy for women and men,” Brittingham said. “Such a policy would give a clear sign that the college cares about the family life of its faculty.”

According to Jennifer Hedda, assistant professor of history, staff and faculty members often try to have babies when school is not in session or they opt to take a semester off without pay.

Brittingham, for example, planned her pregnancy so she could have the summer off with her baby. Hedda had one of her sons during the school year, but she decided to continue teaching.

“It’s hard when you are the main income for the family, or part of the income, which you are forced to cut in half to have another baby,” Hedda said.

She brought her son to school for the first two weeks after he was born. She either took him to class with her or left him in her office with a colleague to baby-sit.

“It was stressful and exhausting and students and faculty complained about the baby,” Hedda said.

According to Kristi Jones, administrative assistant for the office of Business and Finance, the college’s staff does get paid maternity leave since staff members work year-round, but faculty members don’t get paid leave because they only work nine months of the year under their academic contracts.

But that doesn’t mean all staff members are satisfied with the leave they receive. Women aren’t the only ones who’d like some time off. Some employers have paternity leave policies, but Simpson doesn’t offer leave for new fathers — not even for male staff members.

“I think it would be great to have a paternity leave,” Kurt Goken, PC and network technician for Information Services said.

Goken, whose wife recently had a baby, had never thought about a paternity leave before, but he took about a week off from work and expects the college to use his vacation or sick days.

“After a week I got bored and wanted to come back to work,” Goken said.

According to Brittingham, there are a lot of other reasons faculty and staff don’t stay home with their babies very long.

“Simpson doesn’t have a formal mechanism in place to pay for replacement faculty and it would be a burden to ask a colleague to take the courses, since faculty already have a filled schedule of classes,” Brittingham said.

Hedda felt like she received a break when she went to talk to Academic Dean Bruce Haddox about May Term. Her baby is due in late April, and Haddox excused her from teaching May Term this year.

Like Hedda, any faculty member has to negotiate with the academic dean ahead of time when requesting a long period of leave – even if it’s for an apparent reason such as having a baby.

“Sometimes it makes you feel like you are asking for special treatment, and we should have the right to start a family,” Hedda said.

Brittingham has noticed many women at Simpson planning around their jobs.

“If you take a poll of all the women faculty at Simpson who have had children you will find that most of their [childrens’] birthdays are in May through August,” she said. “I find this terribly disturbing.”

According to Brittingham, creating maternity and paternity leave for Simpson’s faculty and staff is possible with a serious effort from the administration.

“I would hope that President Byrd, and the new academic dean see this as a challenge and a priority for Simpson,” Brittingham said.