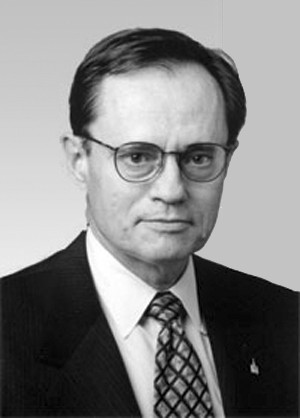 Robin Lovin, a professor of ethics at Cary Maguire University, will speak in Smith Chapel at 7 p.m. His lecture “Christian Realism and the New Realities,” addresses the views of Protestant theologian Reinhold Niebuhr.

Academic Dean Bruce Haddox started the Matthew Simpson Lecture when he was a member of the religion department.

According to Haddox, the religion department came up with the name Matthew Simpson for the lecture, not because of any Simpson connection but because he was a leading bishop of the Methodist Church and an abolitionist of slavery.

The religion department invites speakers in the tradition of Matthew Simpson.

“The lectures are people who are actively involved in religious scholarship and [who have] an expertise in some issue,” Haddox said.

The first speaker for the Matthew Simpson Lecture was Stanley Hauerwas, a United Methodist theologian and ethicist. Simpson brought him back to campus last year for the 25th anniversary of the lecture.

According to Gary Kinkel, associate professor of religion, Lovin will offer a different perspective on Christianity than Hauerwas did.

Junior Jason Kramme said these lectures allow students to learn outside of the classroom.

“This is a liberal arts college and we need to learn outside our major; that’s why we are here,” Kramme said.

“People who should attend are: any thinking person who wants to engage in reflection and argument among these matters and someone who says they don’t care, don’t know what it means to be part of the intellectual community,” Kinkel said.

Kinkel said the lecture usually appeals to a range of people because its message can be on several levels at once.

“Everyone has to engage in political discourse and be a good citizen, and [each person] has the view and argument on how to do that,” Kinkel said. “The lecture also speaks directly to what all students need to think about, talking about reality of God and there is a need to reflect on God as an agent, and how human beings should respond to God.”

Kinkel has a list of people he’d like to have speak in future Matthew Simpson Lectures and each year he consults the list and other members of the religion department before making a choice.

“The buck stops here with me on the Matthew Simpson Lecture,” Kinkel said.

Haddox said it’s important to attend these lectures because they address one of Simpson’s higher goals – being thoughtful and responsible citizens in our world.

“These people are serious thinkers on what we are supposed to be thinking and they try to get people who don’t care to care,” Haddox said. “As a college this is serious business and not just for a job, but how to live life.”