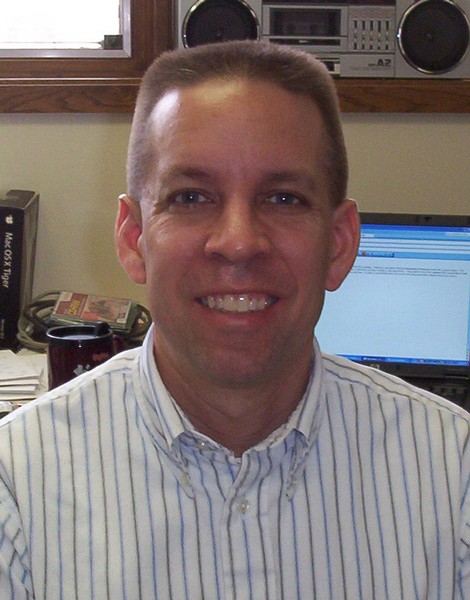 While this Indianola High School graduate and Simpson alum has been working at Simpson for 14 years now, he’s relatively new to the sport of hot air ballooning.

“It’s amazing that I had lived in Indianola my whole life and had never gone for a ride,” Appenzeller said.

But as soon as he did, he was hooked.

When Tim McConnell offered to sell his balloon three years ago, Appenzeller had to jump at the opportunity.

He then took all the necessary steps to become a certified pilot which included 10 hours of instructed flight, a written exam, two solo flights and a check flight with an examiner.

Since his certification, Appenzeller has participated in the last two years of the National Balloon Classic held here in Indianola each summer. The Classic hosts approximately 100 competitive balloons, five to eight special-shaped balloons and three ride balloons.

Balloonists come from all around the country to compete in the classic, which is the second-largest balloon competition in the U.S.

Balloons fill the sky each day to compete in various games as well as participate in “night glows” each evening for spectators to watch.

“It is competitive, but we all just have a good time,” Appenzeller said.

Appenzeller looks forward to participating in his third National Balloon Classic, which will be held July 28 through Aug. 5.

“I just can’t get enough of it,” Appenzeller said.