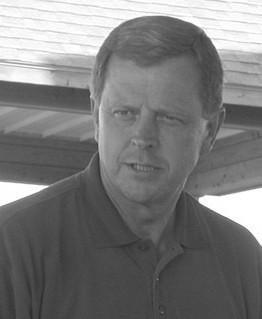 Congressman Tom Latham will be the commencement speaker during Simpson’s graduation ceremony on May 20.

“Congressman Latham has established himself as one of Iowa’s most effective representatives,” President John Byrd, whose idea it was to invite Latham, said. “He’s considered a champion of agriculture, small-business owners, seniors, taxpayers and higher education in general. We note with pride that two of his children attended Simpson. He knows us and appreciates the high quality of education our students receive.”

Latham has been a representative for north-central Iowa since 1995, according to a press release issued by the college.

Some students aren’t as enthusiastic about the college’s decision to bring Latham to campus as Byrd. Some, like senior Ashley McGraw, aren’t sure a politician should be speaking at graduation.

According to Michael Adams, assistant vice president and director of public relations, it is not an uncommon practice to have a politician as a commencement speaker.

“It was [President Byrd’s] idea to bring Congressman Latham to speak at Simpson,” Adams said. “We have had politicians in the past to give speeches here. We have also had a very bi-partisan approach to folks that we have had speak here. We have gone back and forth [between parties]. There has not been any hesitation to approach some of these folks to speak. We try to mix it up, and we’ve had journalists and politicians, writers and business people before.”

“I don’t know that much about him, really,” Decker said. “So I can’t be too excited about it. I mean, I know who he is, but not much else about him.”