Gieber to retire after 35 years at Simpson 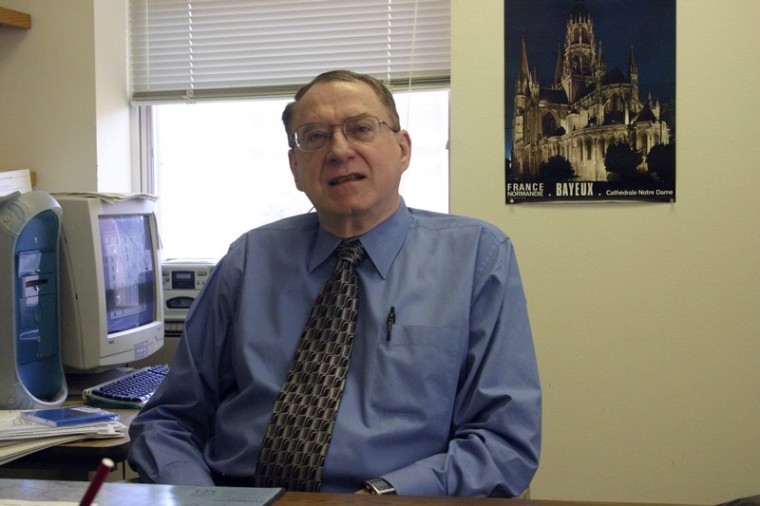 Professor of French Bob Gieber will retire after this semester.

His Simpson career started in September 1971. Gieber said he was inspired to become a teacher because there were many teachers in his family. His decision to teach French came a little later.

His hometown was settled by French Canadians, but he didn’t begin studying French until college because his high school did not offer a French class.

Gieber said he decided a couple years ago to retire at the age of 62, but he’ll miss teaching, especially the interaction with students.

“Students help us [professors] feel younger than we are,” Gieber said.

“He’s easy to talk to, and he became more of a friend,” Juhl said.

Bruce Haddox, vice president and dean for academic affairs, said Gieber was an important member of several committees at Simpson. Gieber said he’ll be glad to be done with them.

“I will not miss committee work, since I spent a lot of time on them, and usually we did not accomplish much,” Gieber said.

“I have 1,000 books I have not read, genealogy of my family to work on, visiting relatives and gardening,” Gieber said.

Haddox said Gieber’s outside interests were useful when he was planning May Term classes. One year, he taught a course on genealogy.

“He’s a solid guy and Simpson will miss him,” Haddox said.

Patricia Calkins, associate professor of German, said Gieber’s presence in the department will be missed.

“The department is going to miss his pleasant personality and helping us get through the semesters,” Calkins said.

Sharon Wilkinson, associate professor of foreign language at the University of West Virginia, will replace Gieber in the Foreign Language Department. She received her doctorate at Pennsylvania State University.

According to Haddox, she is an experienced professor of ten years and she attended a small liberal arts college herself.

“She has always wanted to teach in a small college, to work with students one-on-one, so she applied for the opening,” Haddox said.

“I think she will be great, but she has large shoes to fill,” Calkins said.

“She seemed really nice, and eager to work with students,” Juhl said.

Gieber also met Wilkinson and expects her to fill his place just fine.