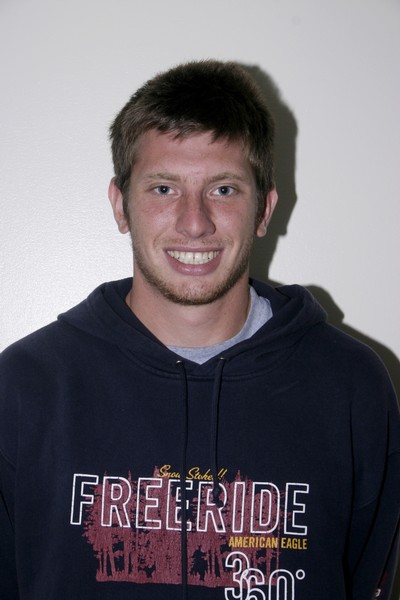 So there I was, walking to Mary Berry with nothing but my bookbag in hand. When suddenly, out of nowhere! a squirrel – a giant brown one – with two teeth as big as dingoes! … pounced on a nut and cracked it in one carnivore-like bite! Crikey!

You really shouldn’t be.

That’s the difference between Steve Irwin and me. His typical nine-to-five saw him in incredible situations with dangerous wildlife, whereas mine typically involves a Pfeiffer ice-cream cone and disappointed semi-domesticated critters looking for crackers.

But now that’s over.

Steve Irwin, conservationist, father and star of “The Crocodile Hunter” died Sept. 4, after a deadly encounter with a stingray. His shocking death signals the demise of Animal Planet’s only decent show, as well as the loss of something much greater to our generation, and our society.

In a time when our culture’s pop icons include rockers, sex-video all-stars and athletes, Steve Irwin showed us a stardom we had never imagined. He showed our generation what it is to live the way our liberal-arts seminar professors have preached. Irwin lived his life for a vital human purpose. He did it with poise and color, and he taught us it’s okay to show emotion for what you love.

Throughout his life, Irwin was an active, garrulous voice for conservation and wildlife education. He took the money he gained from his success and bought thousands of acres of land to protect forestry. During an interview only a few months before his death, Irwin said he carried a certain weight for the environment on his shoulders. He understood his stardom, and he knew he had to wield it they best way he could.

His addictive enthusiasm, knowledge and Australian accent were so incredible that he was just as effective reaching 10-year-olds as he was 60-year-olds. But the Crocodile Hunter wasn’t for either of those generations.

He was ours. Just try and find a high school or college student that hasn’t tried to impress a girl with a Steve Irwin impression. Crikey – it’s impossible.

Despite our generation’s addiction to lame consumer products and jungle juice, we flashed hope for future generations by embracing a lowly Australian who envisioned mankind’s need for a healthy environment.

But now he’s gone, and we have to wonder if his message will transcend his paltry memories of French-kissing venomous serpents in the outback. Al Gore’s recent theatrics have shown how the environment is just now coming to America’s agenda. I have no doubt Irwin would have loved to be at any future Congressional vote on global warming, but now he can’t.

All that’s left now is his message, and it’s up to us –the ones who created “The Crocodile Hunter”– to show he had some resonance. Even if it was only for the jokes, we all owe Steve Irwin something, because if we don’t, our future generations never will.