Student Interaction The Perk of His Job 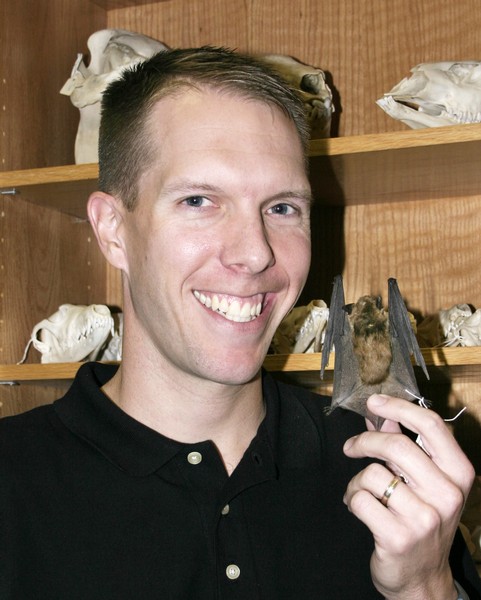 Ryan Rehmeier knows his bats. As the new assistant professor of biology at Simpson, Rehmeier’s experience has all ready come to good use.

When the Performing Arts House reported a bat problem, Rehmeier was asked to assess the situation.

In one night, Rehmeier counted more then 90 bats. He netted a few of those bats on the roof. Rehmeier wanted some for their skins and skulls, but also one to show to his principles of biology class.

One would expect that Rehmeier has been involved in biology all of his life, but biology didn’t even interest Rehmeier until college.

It was in college where I realized that you can do so many other things (with biology), Rehmeier said.

I had classes that were 15-16 students, but I also had classes of 120, Rehmeier said. I definitely like smaller classes. Even with 60 in the principles of biology class, it’s still a manageable size class.

Rehmeier became interested in bats while in Costa Rica, and the rest is history.

When Rehmeier showed his class one of the bats he caught the previous night, the bat latched onto his finger and wouldn’t let go. Rehmeier has years of hands on experience with mammals.