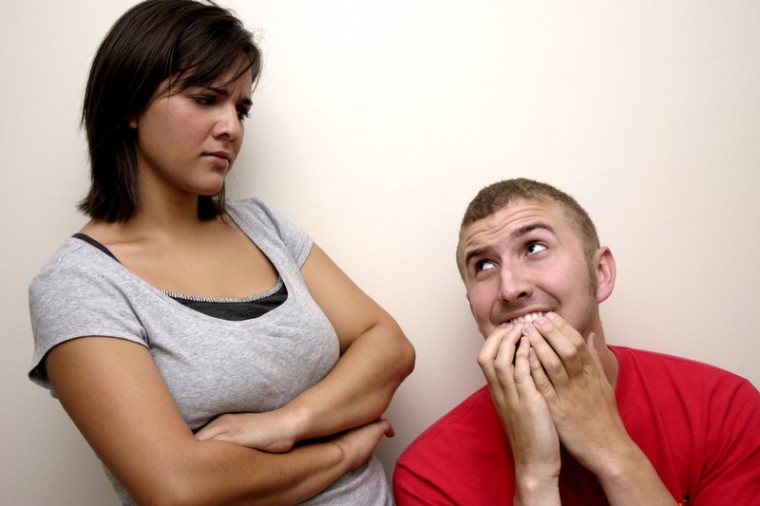 I’m a freshman at Simpson this year, and I’m addicted to Facebook. My boyfriend from high school goes to another college, and we don’t get to spend as much time together as we used to. One weekend I went out with friends and got a little crazy. Pictures of me kissing another guy were posted on Facebook. The kiss didn’t mean anything, but my boyfriend broke up with me because of it. What should I do?

First of all, who isn’t a little addicted to Facebook? Don’t sweat it. But let’s cut to the chase: you asked for advice on what you should do now that your boyfriend has broken up with you.

Believe me, while it is easy to dwell on the coulda woulda shoulda’s of college life, all we really can do is look at our lives with a little perspective. In your case you might ask yourself how strong your relationship was to begin with if you found it so easy to “get a little crazy” and kiss someone I can only presume you’ve known for a few short weeks.

I do actually know a rare couple or two who’ve been together since high school, but 95 percent of the time these high school relationships inevitably end. Better for everyone to have it end now than after a semester or year of trying to make it work. I will assume you don’t find it hard to meet new people, and that is a big part of starting college. Get to know yourself first, and then why not try waiting around for someone who trumps random drunken kisses (whether they “mean anything” or not)?

You’ve surely been told that you’ll learn countless lessons in your next four years. Of course some of these lessons might be a little more unconventional than most. One of your first lessons would probably be to avoid any and all cameras in situations less-than-appropriate for the entire campus to see. By the way, did you know many faculty members have accounts?

Without a doubt you’ll go through many struggles during college. We all do. It’s what you learn from them that will help you get through the next. Welcome to college.

It seems to me you are messing with three very dangerous components: long-distance relationships, alcohol and Facebook. First of all, long-distance relationships can be very tricky. Everyone knows the only people who are truly in love are the ones from small towns who marry people from their high schools without meeting anyone else. The fact you are denying this and trying to make this obviously destined-to-fail relationship work shows some real guts, if not stupidity.

Secondly, this whole alcohol thing can be pretty overwhelming and dangerous, especially for the freshman who is trying to go out and prove how much fun she is to the rest of the school who really doesn’t care. I’m not saying you were desperate for attention, but I’ll go out on a limb and say you were desperate for something (probably attention) if you ended up kissing this guy.

And finally: Facebook. If you’re as obsessed with Facebook as you say you are, you probably have as much information on there as possible in case anyone at all wants to know anything about you or reach you at any time (another cry for attention). This was barely a good idea with the old Facebook, but now that this new one is out of hand, you can say goodbye to any secrets.

I’d venture to guess your soon-to-be-ex boyfriend not only knows about your kiss, but that NewFacebook even took the liberty of informing him of your last trip to the bathroom, whether you wanted it to or not. Get sober and get off Facebook or at least get a boyfriend without a computer.