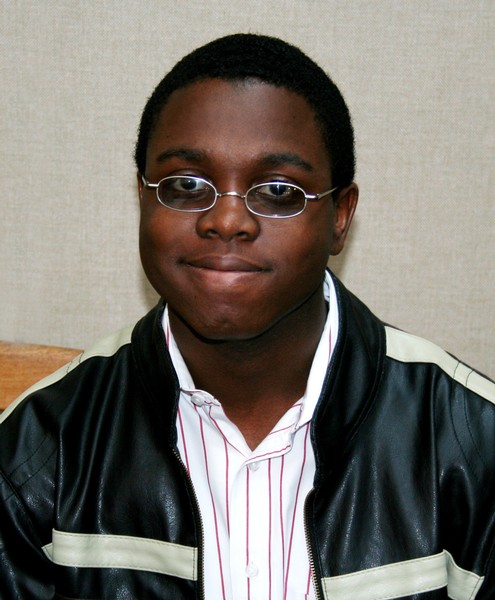 President John Byrd has been up to a lot this school year including introducing the Carver Fellowship award. Freshman Michael L. Wilson, not to be confused with the other Michael Wilsons on campus, is the first recipient of the award introduced this fall.

The Carver Fellowship is awarded to minorities with exceptional ACT scores, GPAs, community service and extracurricular involvement. The Carver Fellowship takes care of three-fourths to the whole year’s tuition. Byrd created this award in hopes of a higher minority enrollment.

Wilson was first informed of this opportunity while attending orientation. He was extremely surprised and pleased when he found out he had won.

Simpson College wasn’t what this Missouri guy had in mind when looking for the perfect college. His father, an Iowa native, insisted that Wilson take a look at Iowa private colleges. Wilson was surprised at how welcoming and friendly the Simpson Campus was.

“Obviously there are things that aren’t very desirable,” Wilson said. “I find some people still have their ignorance but overall people are more welcome here than other schools that I visited.”

Wilson hasn’t regretted his decision to attend school here. He’s an officer for the Multicultural Student Association, a first year council representative, a member of the Student Support Services and the official national representative for the Carver Fellowship.

Wilson is double majoring in speech/rhetoric communications and Spanish. He likes to write music and meet new people in his spare time. He’s also heavily involved with the Red Cross.

“A lot of people think there are no black people in Iowa,” Wilson said. “But really there are, and it’s a nice place to live.”