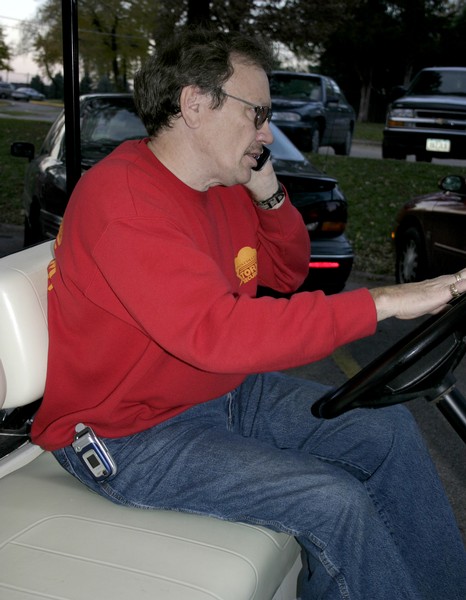 Simpson College recently reported its required yearly security and safety statistics information for 2004-2005 in accordance with the Clery Act.

The Jeanne Clery Act is a federal law that requires all colleges and universities in the United States to report crimes that occur on an around the campuses. The information is then made available to the public on the Office of Postsecondary Education Website, at http://ope.ed.gov/security/.

Simpson’s crime rate has remained fairly consistent over the past three years, and in many cases, has improved.

Reported forcible sex offenses and cases of arson have steadily decreased over the past three years from 2003-2005.

Other offenses have remained constant, with no vehicle thefts, no robberies except for one in 2004, and one weapon arrest or referral in both 2004 and 2005.

“Most of the crimes that happen on campus are a personal choice and a victimless crime, such as drinking or marijuana use,” Warrick said. “The best way to deter these problems, I believe, is to make people more aware of the laws regarding these issues and hold them more accountable for their actions.”

Drug arrests and referrals at Simpson had a large increase from 2003 to 2004, from zero to eight violations, but decreased in 2004 to 2005 with only three violations.

Alcohol violations have remained steady for the most part, with 91 on campus

When evaluating the occurrences of crime at other colleges in the area, Simpson’s offenses are very comparable to schools its size, and in many cases better.

Chris Frerichs, Director of Simpson Security, commented on Simpson’s crime rate compared to that of other schools.

“I think most schools’ numbers are pretty well consistent,” Frerichs said. “I think we’re all dealing with some of the very same issues.”

Warrick also commented on some of the problems that she thinks most colleges deal with.

“The biggest security issue on campus is and will always be drinking violations.” Warrick said. Because this is a college, people will test the limits of the drinking laws and their personal drinking limits. Almost no college is unique when it comes to the basic security problem of drinking within these certain age groups.”

Cornell College, located in Mt.Vernon, Iowa, population 4,171, is a small school with 1,200 students, according to the school’s Web site.

“I’m not shocked to hear that the crime rates are similar at Cornell, because it’s a similar size of student body in a small community,” Behaunek said.

Another school of comparable size and area is Wartburg College in Waverly, Iowa, population 8,968. According to the school’s website, Wartburg has 1,769 students.

Wartburg’s crime statistics also comparable to those of Simpson.

Though Wartburg had no problems with weapon arrests or referrals, they did have more reported on campus forcible sex offenses than Simpson in the last three years.

Simpson and Wartburg had similar instances of burglaries, aggravated assaults, robberies and drug violations, but Wartburg had from around 10 to 15 fewer on campus and other area alcohol arrests and referrals per year.

Frerichs believes that this year could bring a decrease in the amount of crime seen on campus.

“More students are getting involved and taking a proactive role in their security and safety at Simpson,” Frerichs said. “We all play a role.”