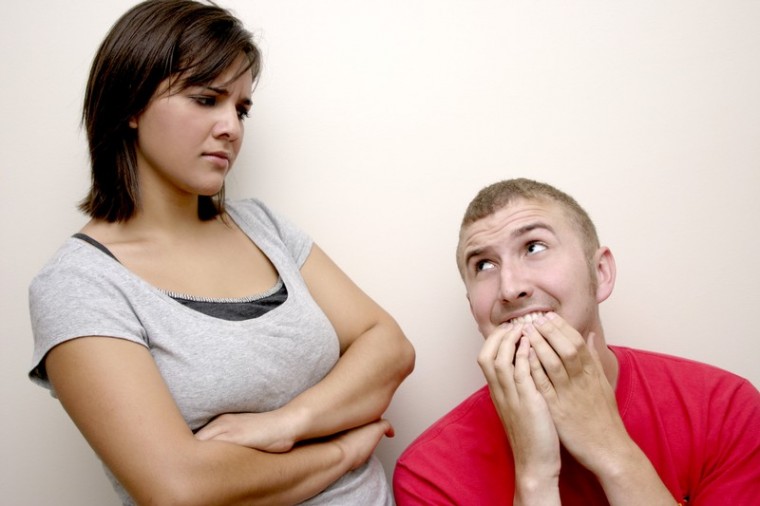 I’ve been dating my girlfriend for almost six years now. We’ve been lovers since high school, and we’ve both come to Simpson just to be together. Well, it’s getting down to graduation time for me, but she still has another year left. She keeps asking me if we’re going to get married, but I’m not sure I want to. In fact, I’m not sure if she’s the one for me at all. What do I do?

-Too Young For Marriage

I like to call your situation the “quarter-life crisis.” We all go through our own freak-outs, whether it’s based on fear for what you’ll be doing after graduation, or “hey I’m an upperclassman, and I think I picked the wrong major,” to the whole relationship thing.

To give it to you straight: If you are feeling at all jittery about marrying this girl, then by all means, don’t commit to it. It will be far better for you both in the long run. If she is pressuring you for a ring, then you need to tell it like it is. There is nothing worse than a guy who says one thing and thinks another.

A lot of this might also have to do with fear. Fear for how your girlfriend will react. Will it be awkward passing her on the small campus? Will you ever be close again if you break it off? Will you ever be able to discover someone who does, in fact, feel like the one for you? How will you adjust to the single life?

It’s going to suck. A lot. But don’t you think you will be so much happier the day you can propose to a woman and have nothing else on your mind but the hope that she’ll say yes? Taking all this into consideration, you’re the one who is ultimately going to have to follow your instinct.

This certainly is a golden opportunity. The possibility that I might be telling people what to do with a six-year investment in fewer than 300 words is why I started writing.

I have to think you haven’t really been devoted to the relationship in a while. If you had been, you might have noticed this fading interest a while ago. Still, you clearly have been able to ignore this lack of fancy a while ago.

Look where you have gotten yourself. Are you ok with this? If so, keep at it. They say ignorance is bliss, so maybe just ignore the fact that you have no passion for anything you currently associate yourself with.

However, if you suddenly side with existentialism, you’ve got some quick changes to make. You’re going to have to redefine your interests and priorities before you graduate in May. Breaking up with her might not be such as consequential, but if you also decide to change your major, you’ll probably have to be around for at least another year. She’ll be here too, and that’s going to be really awkward.