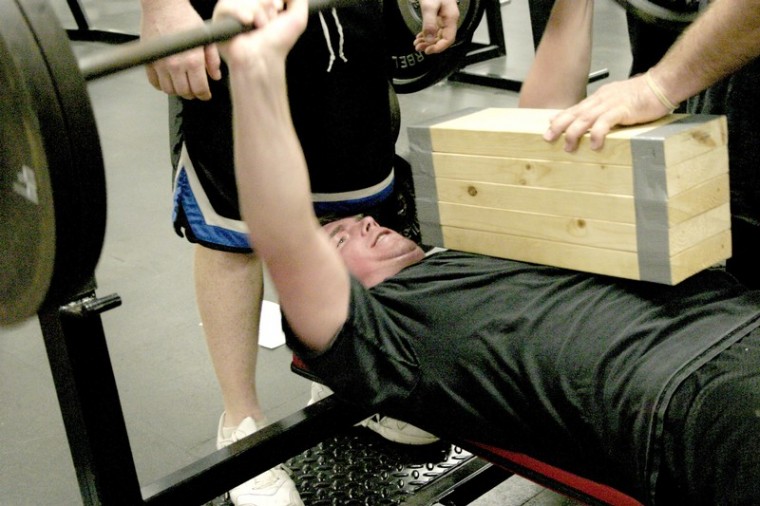 While many Simpson students take it easy during breaks, Simpson athletes are busy staying in shape during their off-seasons.

“Justin is a tremendous benefit for the athletic program and [Simpson is] very fortunate to have him,” said Mike Wilson, head coach of men’s soccer.

The coaches in Division III sports aren’t allowed to do any coaching during the off-season, according to NCAA rules. Wilson said he would love to work with the soccer players and hold them accountable.

“I do strongly encourage off-season training, but I can’t make them since we don’t pay them to play,” Wilson said. “They have to like to do it. During the off-season, I expect them to be college students as they learn who they are and the career path they want to go and where soccer falls in their priorities.”

Wilson is glad to see his players still playing outside when it’s nice out or in Hopper Gymnasium. According to Wilson, the seniors and the freshmen made teams and play on Sundays at the Soccer House in Norwalk.

“The ideal situation for the team would be to do two to three times in the weight room and playing one to two times a week,” Wilson said. “There is no substitution for the game, because you let the game be the teacher.”

Head Football Coach Jay Niemann said if a player doesn’t work out, the competition would pass that player by.

“The football players work with Snyder about four days a week for an hour-to-an-hour-and-a-half to improve their explosiveness and their overall physical improvement,” Niemann said.

Larry Shoop, head men’s golf coach, plans on giving the golfers information about strength and conditioning after Thanksgiving. Even though he isn’t coaching, Shoop is preparing for the spring.

“Hardly a day goes by when I’m not thinking about the golf season,” Shoop said. “I put my total energy and focus into coaching.”

According to Shoop, the team won’t start working on its mechanics again until the end of February. Until then, the players are on their own for participating in the strength and conditioning program.

“I expect [the golfers] to build their strength and core muscles for increase in stamina and balance,” Shoop said.

Bob Darrah, head women’s golf coach, said sports are more mental then physical. He said a good athlete should be a year-round athlete. According to Darrah, the practice the women can get at Simpson is limited to hitting into a net, but they can participate in the lifting program.

Darrah said that after winter break the team can start hitting at Longview in Johnston because he has a working agreement with them for a reduced price.

Darrah hopes his golfers are using every opportunity they have to golf this offseason because the team will play in the national tournament in May after winning their conference tournament this fall.

“It’s important to stay physically active by having a club in hand as much as possible,” Darrah said. “They need to keep their muscle memory active, because golf is like riding a bicycle, you won’t forget.”

Wilson said he finds off-season training to be very important for anyone who wants to compete.

“It’s important to maintain technical skills and fitness is the foundation for any athletic sport,” Wilson said. “From November to August is the time for an individual to become a better player, but during the season it’s more important to focus on the team.”