Bobby Nalean: Volunteer of the Month 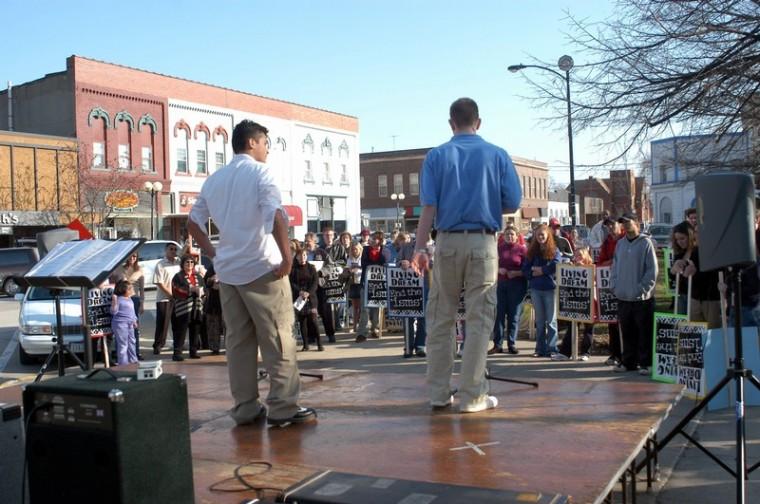 Senior Bobby Nalean, an avid volunteer for the community, was named United Way’s Volunteer of the Month for September.

Nalean has been involved in several volunteer activities around Simpson including Breakfast Club, a trip to the Mississippi Gulf Coast for fall break last year and volunteering his time visiting the elderly at The Village retirement home.

Volunteering is a part of Nalean’s life because he has been involved with the Wesley Service Scholarship, which is provided by Lily Initiative.

“I just recognized that I have it pretty good in life,” Nalean said. “I enjoy it (volunteering) and it is useful.”

This past summer, Nalean planned a field trip for children from Children and Family Urban Ministries in Des Moines to the Picket Fence Creamery, just outside of Woodward. The kids had a tour of the creamery, visited with farm animals and saw how milk was distributed.

“I thought it’d be cool for kids who live in the city to get out into the country,” Nalean said. “Everyone had fun.”

Stemming from a project in his May Term class, Nalean began planning the field trip and, in the process, received funding from the Lily Initiative for the trip.

“He wrote up a proposal for us and we funded his project,” said Jim Hayes, assistant director for Lily Initiative and instructor of philosophy and religion.

Hayes has known Nalean through different Lily volunteer activities that he has done.

“He is a really committed guy,” Hayes said. “Early on he has been involved.”

Nalean was nominated by Hayes for the United Way Volunteer of the Month.

Nalean has done a lot of work through Lily Initiative and has learned many things through volunteering his time.

“He is a great friend,” senior Omar Padilla said, “He is a very caring person and a good guy.”

Padilla and Nalean started the “End the ‘Isms” march their freshman year because they wanted to find a way to celebrate diversity on campus. They organized the march by receiving donations from businesses and getting speakers to come and support diversity.

Since their freshman year, Padilla and Nalean have been in charge of setting up this march, which has added to the campus.

“We are looking for people to continue the tradition,” Padilla said.

Padilla and Nalean have volunteered their time for the past four years to expand the knowledge of diversity at Simpson.

“I think he’s a great friend,” Padilla said. “He has helped me with my mission.”