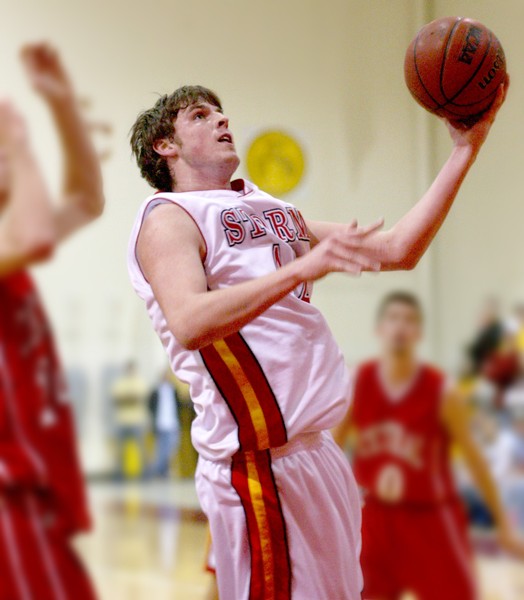 Every year, an Australian club team plays the Simpson men’s basketball team in an exhibition game. This year, the game will be held Nov. 24, while students are on Thanksgiving break.

The game is usually played by the junior varsity team, because the Australian team is younger, composed of 15- to 17-year-olds. Despite the fact that the team is younger, Men’s Basketball Coach Bruce Wilson said they are very good for their age.

“Those guys can play,” Wilson said. “They may not have the physical development, but they have players.”

Senior Brett Cermak also said the Australian team is very young and not as big physically as most of the Simpson players.

Senior Jeff Travis said the team is very good for their age, and they show a great deal of potential.

“They posses skills that will allow them to be better players later on,” Travis said.

Cermak said the game is a good experience for the players because it is nice to play new people. The game gives the JV players more playing time, but doesn’t count toward the team’s statistics or their record. The team gets two scrimmages and an exhibition game every year.

“[The game] is an opportunity to play in a game-like experience against someone else,” Wilson said. “Every time you’re out there against other people, it’s a good thing.”

Travis said he thinks the game benefits the Australian team because of their age.

“It’s more playing experience for them,” Travis said. “They benefit because they are playing quality players day in and day out.”

“Their style isn’t much different,” Travis said. “They have good shooters and good ball handlers.”

The game also functions as a cultural experience for the players.

“It gives us a chance to interact with people from another part of the world through the common game of basketball,” Travis said.

Travis said the teams meet with one another prior to the game, and they exchange gifts. Last year the Australians got a Simpson T-shirt to remember their game against the Storm.

“It’s a nice experience for our guys to interact with Australians,” Wilson said.

There won’t be students on campus this year for the game, so fan support will be minimal.

“It’s too bad for the fans because it’ll be an interesting game to see,” Cermak said.

The Australian team is composed of select members from areas surrounding Melbourne. The team will come to Iowa and play a few different small-college teams, during what is their summer break.

Games will be played against some junior college teams and then the team travels to Europe to play different teams. The teams play throughout their summer break, giving the players a chance to prove themselves.