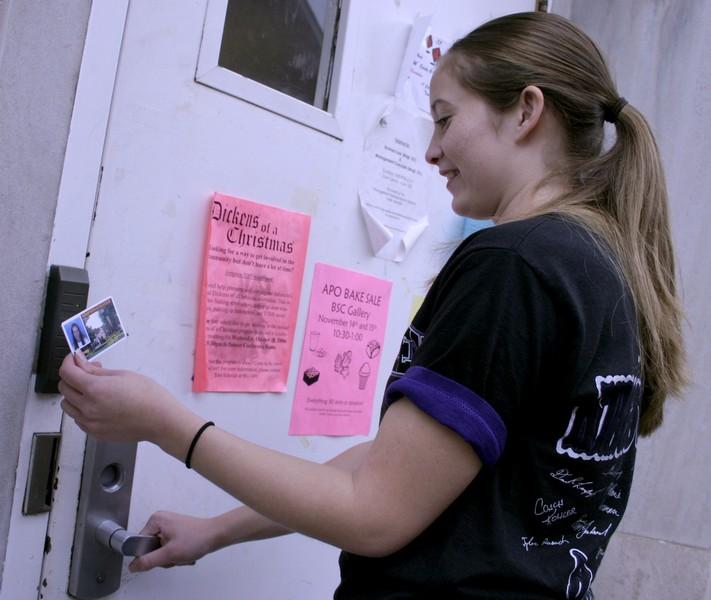 First Year Council is in the process of petitioning to extend access to freshmen residence halls Kresge and Barker.

The current policy limits access for freshmen students, and FYC wants to do something about it to build community between the residence halls.

“First Year Council is designed as a leadership organization for first year students to build leadership skills and to give them a place for their voice and opinions,” said Jeff Martens, area coordinator for Barker and Kresge and supervisor for FYC.

This proposal doesn’t include non-residential students and upperclassmen, who will still have access to the residence halls until 7 p.m. on weekdays.

“We decided as freshmen that it was strange that we couldn’t have access between the first year dorms after 7 p.m.,” said freshmen Sara Crouse, freshman class president and Student Government Association representative for FYC.

“The dorms are already segregated, and we wanted to be able to communicate between the dorms,” Yanchury said.

FYC is still in the process of collecting names for the petition and hopes to have the new policy implemented by second semester.

“[FYC] saw a need for building more of a connection between the two halls,” Martens said. “The petition was started to see if other students felt the same way.”

According to Martens, FYC will also be looking into naming the halls in the buildings. The basic premise is to name each wing after a famous alum or an influential person on Simpson’s campus. FYC will look into this in the future to see if it will; work.

“This is traditionally done to build community, school spirit and build a connection with campus community,” Martens said.

According to Martens, there are two main goals for FYC. The first one is the traditional student government hall for students to voice hall concerns. The second goal is putting on programs to give students leadership roles.