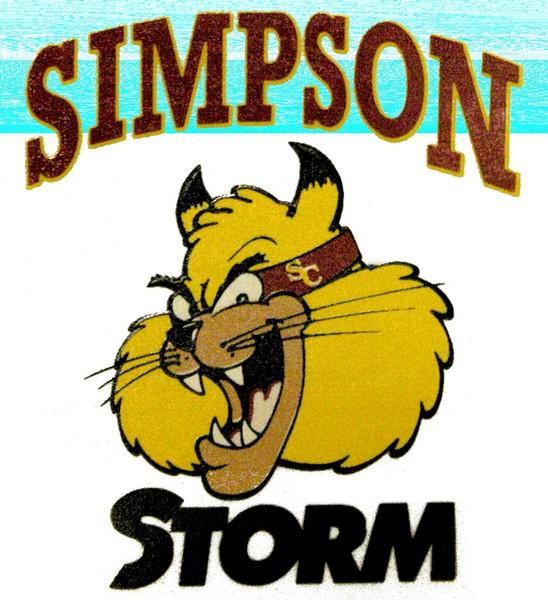 There’s something missing from Simpson’s athletic events: a mascot.

The Storm has been without a specific mascot, and some people are starting to think having one would benefit the college.

Sheena Smitley, co-captain of the cheer squad, said the college should have something intimidating and authentic because it is something that draws people to Simpson.

“We should have (a mascot),” Smitley said. “It’s something to get people

excited to be at Simpson.”

Members of Student Government Association are looking into the lack of a mascot at the college.

Student Body President senior Eric Adams said having a mascot would hopefully add a lot to school spirit because it would add more of an entertainment element to the games.

“CAB has done a lot to promote school spirit,” Adams said. “A mascot would just add another dimension.”

When thinking about having a mascot, the college has to consider the repercussions of changing what the Storm already has, Director of Athletics John Sirianni said.

“Whatever we would use should be recognizable as Simpson College,” Sirianni said.

Sirianni said the school currently has two logos that are acceptable for Simpson College; the SC and the Storm logo are both well-known Simpson symbols.

Sirianni said that the student advisory committee played around with a few ideas about a mascot a few years ago, but nothing ever came of it and the process fell to the back burner. According to Sirianni, we used to have a mascot that “looked like a chicken” and was called Rowdy Rooster, followed by the Thunder Cat.

“For practical purposes, we don’t have [a mascot],” Sirianni said.

Smitley said the collge should have a mascot and get the students involved in making the decisions.

“There are so many things people don’t get involved in and you’d have to find a way to reach a large group of people,” Smitley said. “It’s important enough that we could make it work.”

Adams said it would be easy to use the Thunder Cat the Storm used a few years ago because of copyright issues, but the college wouldn’t have to stick to that if people wanted something else.

Sirianni also said the students should get involved in the process.

“If the entire student body took ownership it would be better received and function better,” Sirianni said.

Smitley thinks the decision about a mascot would be a very important one.

Smitley also said she believes a mascot is something most students would like to see, and it would increase school spirit.

“When you have a mascot, so many things stem from that,” Smitley said. “Activities to get involved in, t-shirts and events to get people riled up.”

Smitley said she thinks having a mascot makes people feel they are becoming part of something bigger than themselves and that, without a mascot, we lose some points with prospective students, but she made sure to distinguish where her loyalties lie.