Whether it’s new shows or old hits, spring shows are sure to entertain 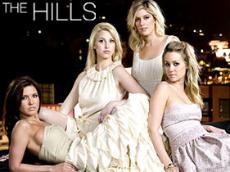 After a long hiatus, it’s time for some old favorites to reappear on your television screen, ready to entertain and rake in even more viewers and higher ratings. Also vying for your attention will be a couple new must-see shows guaranteed to warm your heart or leave your jaw on the floor. One of the most talked about is FX’s new drama, “Dirt” starring Courtney Cox on Tuesday nights at 9 p.m. and 10 p.m. If you’re tuning into “Dirt” in hope of seeing some remnants of Courtney Cox’s Monica from her 10 years on “Friends,” be prepared for an R-rated version of her. The show focuses around Cox’s character, Lucy Spiller as the editor-in-chief of the tabloid “Dirt” and “Now” magazine. Lucy is bossy, competitive and very sexualized and gets what she wants with the help of her schizophrenic paparazzo, Don. Together, they stop at nothing to get the perfect shot and story to sell their magazines, even if it means photographing an actress’s corpse shortly before she is cremated. “Dirt” is the kind of show that makes you want to take a shower after viewing to get the grittiness off. In one episode, you can see a man cutting off his pinky finger to get a picture, two girls kissing after snorting drugs and an action-hero, who is supposedly the epitome of a wholesome family man, servicing a male interior designer. “Dirt” follows the pattern of FX’s other hit shows “The Shield” and “Nip/Tuck.” It’s gritty, hot and filled with debauchery. If you like drama but “Dirt” is just too disturbing for you then look into the plethora of breezy reality shows that MTV offers. MTV has continued in its quest of never playing actual music videos and instead has premiered several reality shows. One of these shows is “The Hills” which shows Mondays at 9 p.m. “The Hills” is a reality show about Laguna Beach alum Lauren Conrad. The show is based on her life in Beverley Hills with her three friends and her internship at “Teen Vogue.”The season premiere episode starts off with Lauren bringing her ex-boyfriend Jason his possessions. He seems more excited to see his golf clubs than her, but the show doesn’t spend too much time on their break-up. The rest is focused on the feud between two other main characters, Heidi and Audrina, who are fighting over a boy, who so happens to be playing both of them. The cliffhanger this week shows Heidi taking a pregnancy test. If “The Hills” drama is too cheesy for you, try watching the show that has everyone talking: “Grey’s Anatomy.” The culture phenomenon “Grey’s Anatomy” started its new bout of episodes last week. The show is not only an obsession on Simpson’s campus but around the country. It also just won a Golden Globe Award for best television drama. “I’m obsessed with ‘Grey’s Anatomy,'” senior Corrin Wilson said. “It’s the only show I watch on a regular basis. I refuse to miss a single episode.” This week’s episode showed why they won best drama series. George’s father’s death would leave anyone in tears and Alex and Addison shared a surprising kiss. The twists, drama and relatable characters keep viewers coming back each week.Another new show, “Brothers and Sisters,” is a heart-warming drama about the close-knit Walker family. The show focuses around Kitty portrayed by Calista Flockhart, her four siblings and her mother Nora, played by Sally Field. This week’s episode centered on Nora’s 60th birthday and the surprise party her children planned for her. When the oldest sibling, who was suppose to cater and plan the birthday, comes down with the flu, the party planning turns into chaos. The rest of the siblings are left to find a last minute caterer and set up for the party and encounter numerous problems along the way. Everything that could go wrong with the party does, including the birthday present, which was suppose to be a video dedicated to Nora, but instead a private video was accidentally included of her oldest daughter and son-in-law having sex. The show was filled with chaos and humor, and the family antics will have you hooked in no time.If you’re looking for a good distraction from homework or just need a breather from college life, than look no farther than your TV. It has everything a person could want from heartwarming drama to reality show cat fights. This year’s line-up should be able to please everyone.