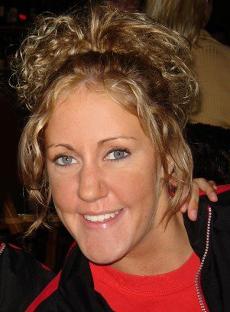 Simpson volleyball player Erika Amfahr was involved in a multi-car accident just miles outside of her hometown Jan. 13, leaving her with serious injuries. Amfahr, a junior, was taken to the Marshalltown hospital. From there, she was taken to Mercy Medical Center in Des Moines, where she was admitted into the intensive-care unit. She has remained there since her arrival. “It was a head-on collision with a van,” senior Tessa Van Oosbree said. “A truck hit her on the side and spun the car into a field. People on the scene administered good Samaritan first aid.”There has been an outpouring of support for Amfahr and her family from the Simpson community.”Central sent balloons to her,” senior teammate Tiffany Everding said. “It shows how many people took note of her.”There has been a lot of support from other Iowa Conference teams, as well as many Iowa communities. “Erika was so well known on campus and well liked with the professors, athletes and non-athletes,” Volleyball Coach Lana Smith said. “I can’t say enough good things about Erika. She was one of a kind, the epitome of a team player.”Smith has ordered 1,000 bracelets to show support of Amfahr’s continued recovery. They will be similar to the Lance Armstrong “Livestrong” bracelets and will be available at the basketball games Friday. It is an effort to try and raise money to send the Amfahr family for all the expenses they must deal with. Amfahr has been showing signs of improvement every day but still has a long road to recovery. “The doctors are pretty optimistic,” Everding said. “It is such a day-to-day thing.”